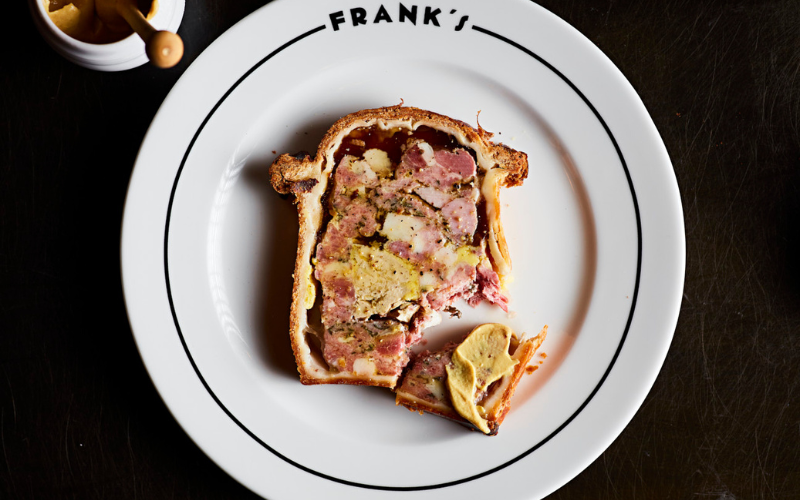 For the second year running, the team at Maison François are hosting their Croûte Off, the one and only competition to determine which UK chef is the master of Pâté en Croûte. Chefs from some of the country’s top restaurants will be battling it out; this year’s lineup includes Sam White of 45 Jermyn Street, Fred Smith of Flat Iron, George Jephson of Cadet, Harneet Baweja of Gunpowder, Margot Henderson of Rochelle Canteen, Lewis de Haas of Crispin, Ben Tish and team of The Barley Mow, and Max Rocha and team of Café Cecilia.

Each competitor will present their take on the French appetiser to judges Matt Tebutt, Loyd Grossman CBE, Fay Maschler MBE, Tom Parker-Bowles and Ravneet Gill and the winner will get their hands on the coveted Croûte Off cup. Once again falling on the annual release of Beaujolais Nouveau, the in-house bar, Frank’s, will be serving up bottles from producers such as Le Grappin, Château Cambon, and Jean Francois Lapalu. And a celebratory dinner will be served post-Croûte Off, with a four-course menu of dishes made in honour of French regional cuisine.