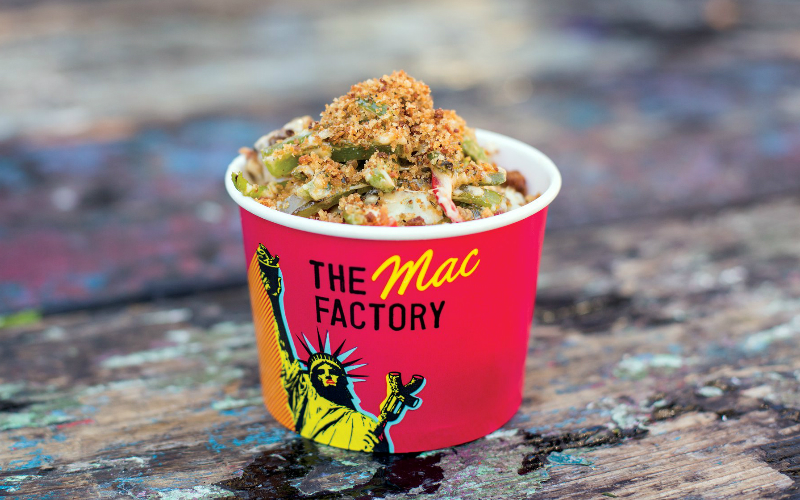 Fresh pasta and fresh cheese sauce are both made on site at the Debenhams pop-up and it’s also where The Mac Factory team has chosen to debut two new varieties – the Lobster Boy with fresh lobster and plenty of garlic butter, and the Factory Cheese Steak with smoked short rib, beer cheese sauce and peppers. We’ll take both.

See what other pop-ups are popping up right here.