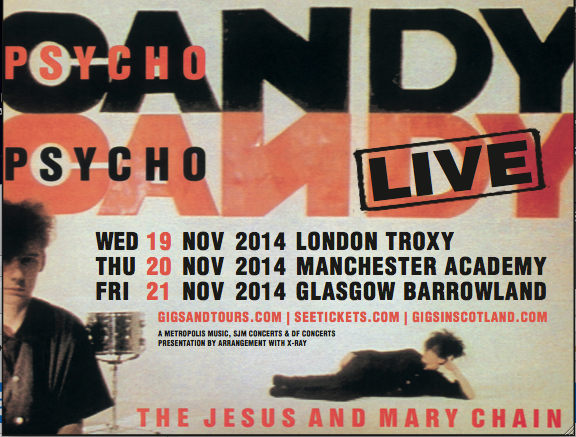 Formed over 30 years ago, the group was started by brothers Jim and William Reid in a response to the lack of guitar music in the pop and electronica-heavy eighties. As the band developed they began to use plenty of feedback and distortion whilst becoming more minimalist in their instrumentation. The resulting sound secured their spot as one of the seminal alternative bands of the era and even led to them being described by NME as “the best band in the world”.

‘Psychocandy’ was released in 1985 to all round critical acclaim, and today still features regularly in the Top Albums lists of institutions like Q and Pitchfork. The classic alternative album kicks off with the stunning ‘Just Like Honey’ and features big singles such as ‘Never Understand’ and ‘You Trip Me Up’. The record showcased the group’s ability to make distortion accessible; by blending it with pop-laden melodies they carved out a new alternative genre – shoegaze.