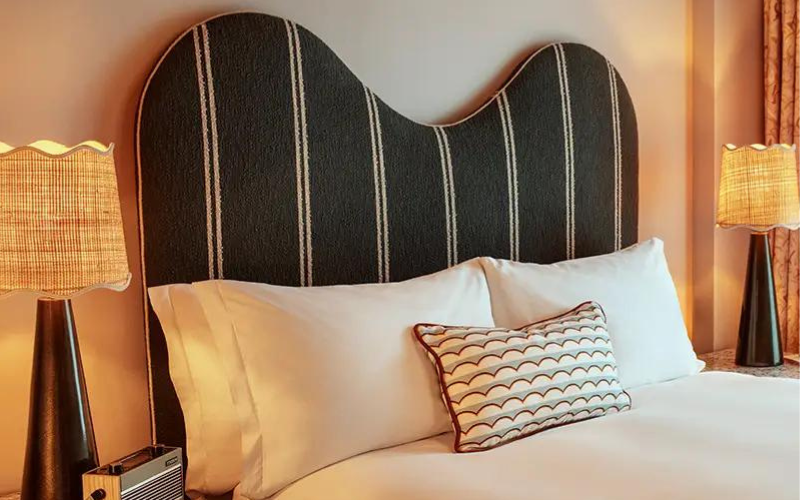 The Hoxton has been opening outposts in Rome and Barcelona recently but now the hotel group is focusing on the capital once again, with its fourth London site coming to Shepherd’s Bush this winter. Right on the edge of Shepherd’s Bush Green, the hotel will have 237 rooms across Hideout, Snug, Cosy and Roomy categories, featuring peachy tones, statement headboards, terrazzo-topped tables, dark timber, and geometric rugs, plus a large open lobby, a central wraparound bar and The Apartment meeting and events space.

Chet’s, the Thai-American joint created in collab with Kris Yenbamroong of cult LA Thai spot, NIGHT + MARKET that first popped up at Rondo La Cave, will be opening a perm restaurant inside The Hoxton, Shepherd’s Bush. We imagine a fair few of the dishes from the pop-up, which included a pork & beef smashburger with chilli & coriander and a wedge salad with blue cheese & nam jim, will be making a return alongside natty wines and coriander martinis.

And if you book a stay using the code WESTLDN before 12th December for a stay between then and 31st March 2023, you can get rooms for £150 and £50 restaurant credit too.