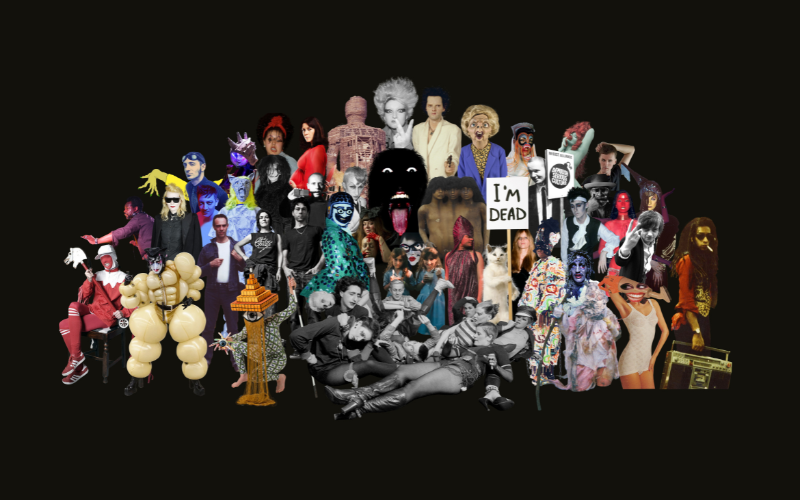 Punks, witches, subversive icons and ghostly figures will be haunting Somerset House, and just in time for Halloween, as The Horror Show! looks back over 50 years of British counter-culture. The landmark exhibition will explore the UK’s alternative history in three acts – Monster, Ghost and Witch – using horror archetypes to examine defining eras and make sense of the uncanny. The collection will bring together over 200 artworks by key players and culturally significant objects from the past five decades. Featured artists are set to include Jamie Reid, Pam Hogg, Leigh Bowery, Noel Fielding, Derek Jarman, Harminder Judge, Zadie Xa and Tai Shani, among many others.

Punk profit Jamie Reid’s painting Monster on a Nice Roof will open the show, introducing visitors to the first exhibition’s act, ‘Monster’, in which beastly themes will reflect the socio-political unrest of the 70s and 80s and the British spirit of nonconformity. Next up, ‘Ghost’ examines the eerie shift between the hyperinflated 80s and the years leading up to the financial crisis of 2008. Derek Jarman’s final piece Blue sets the tone of something uncertain but impending. And the final act, ‘Witch’, take us into the modern day and celebrates the internet-issued sense of hyper-community as a global coven of rebels calling for inclusion and equality.

Each act will be backdropped by a soundtrack that’ll be reminiscent of their respective time periods featuring the likes of Bauhaus, Barry Adamson and Mica Levi. The exhibition will also be accompanied by a series of talks and events which will offer an even deeper dive into the counter-cultural, mystic and uncanny, and, if you want to take a piece of The Horror Show! away with you, alternative art store GothShop.co will be curating the special-edition gift shop.