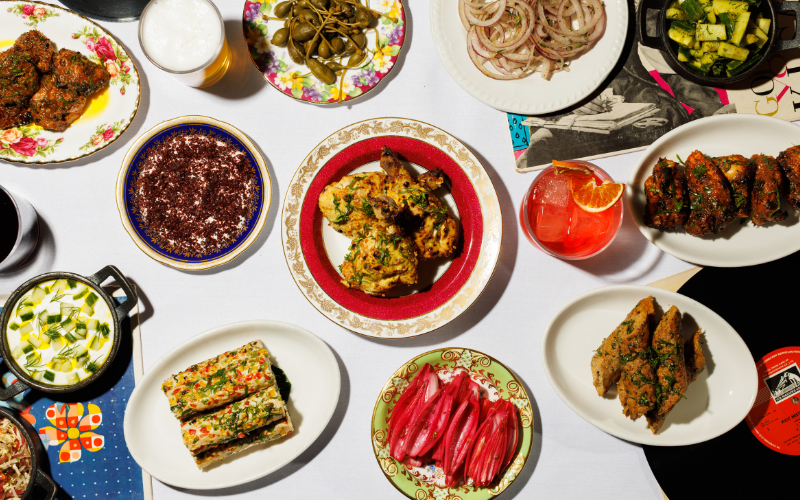 Dinner and dancing is getting an Indian disco twist this spring as Harneet Baweja, founder of Gunpowder, is opening new spot Empire Empire in Notting Hill. Taking inspo from the late ’70s Indian disco era and the silk floral shirts and bell-bottoms his dad would wear, Empire Empire (like Notting Hill neighbour Caia) will be as much about the music as the food. The 40-cover restaurant will boast a custom-made Marshall jukebox to play Bollywood hits and the walls will feature vintage LP covers from the ’70s as well as works by Indian artists Jogen Chowdhury and Rabin Mondal.

The menu will be influenced by the northwestern cuisines from the old Punjab Empire, with naans, roti and rice served alongside dishes like:

Mattia Bianchi of Berber & Q and Carmel is curating the natural wine list, with beers and ciders from 40ft Brewery and a selection of pre-batched cocktails also appearing on the drinks menu. Once you’ve dined and drunk, you’ll be welcomed to dance at Empire Empire, which is showing that the W11 renaissance and rise of music-focused restaurants rolls on.