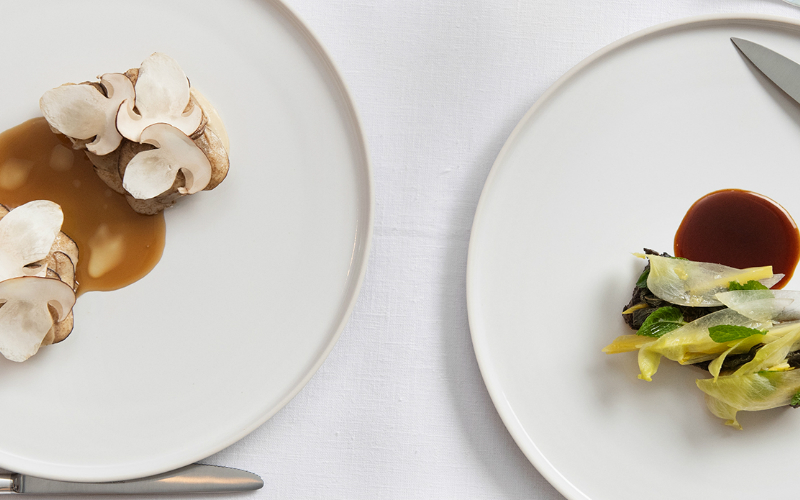 After rumours swirling at the end of last year, it was confirmed back in January that Eleven Madison Park would be hopping across the pond from NYC to take over the space at Claridge’s left by Fera. Given that Eleven Madison Park holds three Michelin stars and topped the World’s 50 Best Restaurant list in 2017, it’s a pretty big deal. Since the announcement, chef Daniel Humm split with his restaurateur partner Will Guidara so now he’s coming over solo.

The restaurant will be called Davies and Brook (after the streets that the hotel sits on) and whilst it’ll be a fine dining affair, it’s definitely not going to be a carbon copy of EMP even though chef de cuisine Dmitri Magi is coming over to lead the kitchen. Dishes include marinated yellowtail with crispy rice, beef short rib with endive, and Humm’s signature honey and lavender duck, and you can go a la carte or for the £145 seven-course tasting menu.

Humm is a big fan of Claridge’s, having worked in the hotel as a teenager, and he seems keen to honour its heritage with this restaurant, so it’s undoubtedly going to be one of the biggest openings of the year.