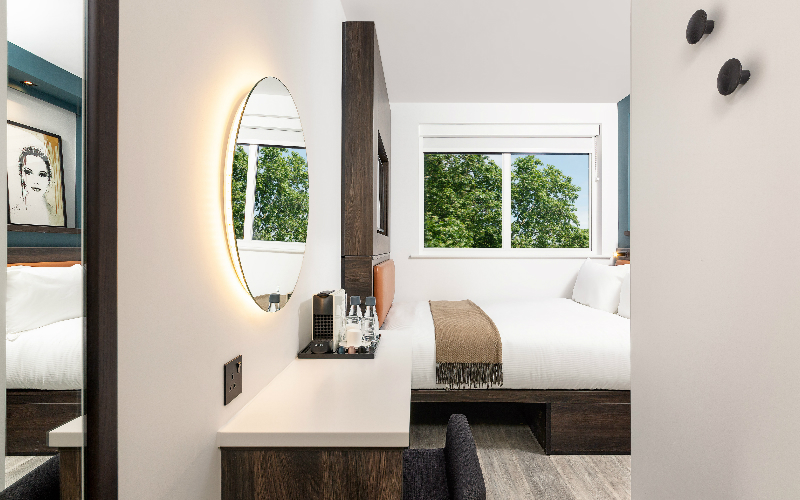 The East London Hotel – not the most inventive name but very much doing what it says on the tin – is opening in Bethnal Green this autumn. With 161 rooms, all with British-made mattresses super fast wi-fi, and 43-inch 4k TVs, and online check-in, it’s as much for business travellers needing a convenient base as it is for tourists looking to explore the local area. It’s a pretty handy location after all being right in front of the venues on Paradise Row and close to Columbia Road, Victoria Park and Brick Lane. The hotel will also be bringing some local flavour to the in-house bar and restaurant Due East by working with food and drink suppliers in the area, so expect dishes like East London bagels and Crosstown Doughnuts for brekkie and all-day plates such as honey peach glazed wings, lime chicken and pineapple nachos, and sourdough fish finger sarnies.

With the RE Hotel down the road being turned into a Mama Shelter, the first one in the UK from the French hotel group, it looks like this part of East London is the place to be.