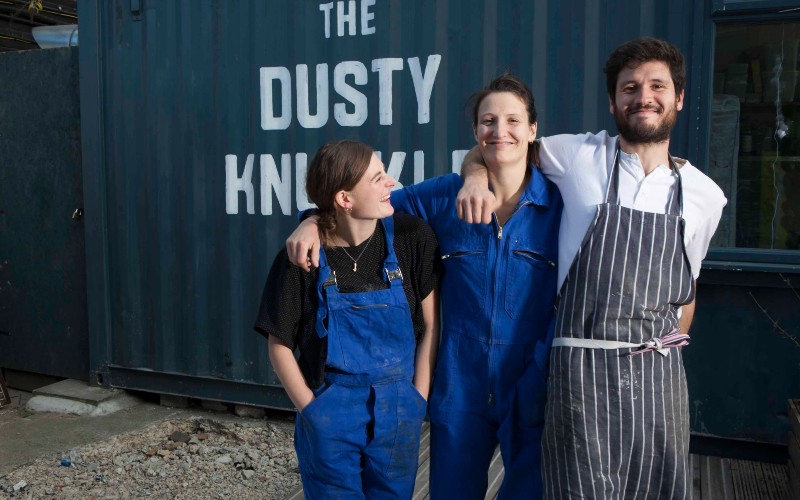 The Dusty Knuckle killed it lockdown by taking their epic sarnies and baked goods to the streets on their milk float and it went so well (as anyone who’s tried to nab a sarnie before they sell out will know) that they’re opening a second permanent site in Haringey. As well as slinging loaves, pastries and sandwiches, featuring homemade pickles and chutneys, from their original Dalston bakery and cafe, the team began a series of summer pizza nights. This is something they’ll be continuing at the new site, which will have a bigger menu of sarnies and baked goods plus brekkie dishes like bacon sarnies, homemade granola with yoghurt and, egg, spring onion & cheddar on focaccia.

The Dusty Knuckle isn’t just about baking though, it also supports young offenders or those at risk of crime with training programmes and employment opportunities, so with another site the team will be able to help more people.