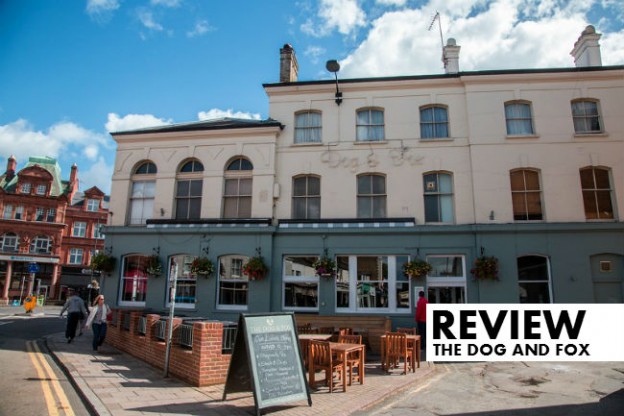 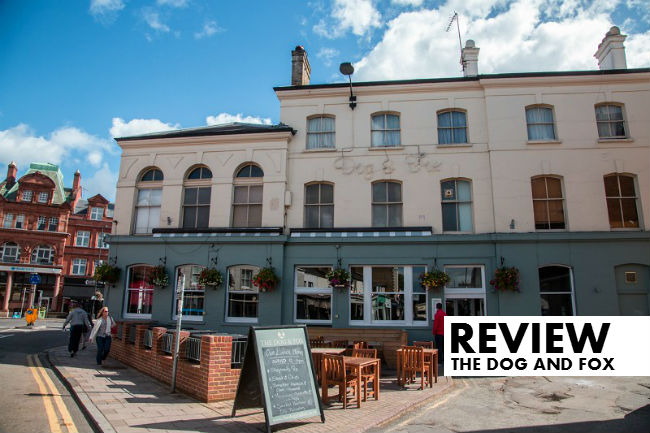 The concept of a ‘gastropub’ feels slightly dated in the age of the pop-up restaurant and trendy food vans but the Dog and Fox proves that sometimes all you need is a comfy pub serving good food and a decent pint.

Recently refurbished, the menu has been upgraded as well as the decor. We kicked off our meal with starters of duck and pea croquettes and potted crabmeat. The croquettes were a giant pair of crispy crumbs, hiding an interior of smooth Gressingham duck meat. The potted crab contained both white and brown meat, served with fresh, crusty bread. The quality of the ingredients stands out and the pub have clearly put plenty of effort into sourcing the best possible ingredients. 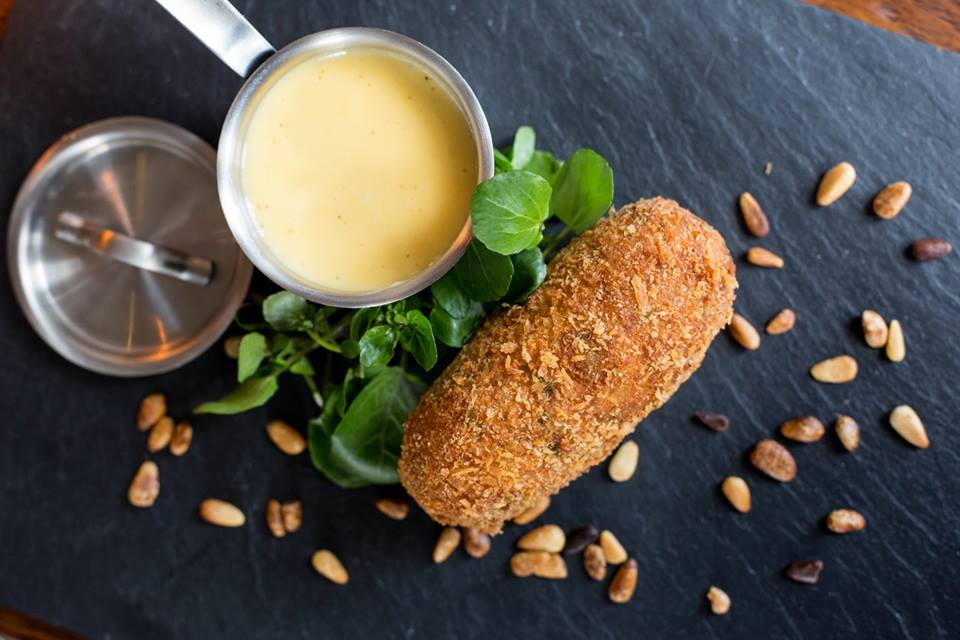 Equally as satisfying was the pan-fried corn fed chicken breast, succulent and juicy, served with baby spinach and potato and apple cake. The sweetness of the apple, layered beneath the sliced potato complemented the chicken well. The star of the show however was the Aberdeen Angus sirloin, a huge chunk of medium rare deliciousness, ruby red in the centre and barely an ounce of fat. Served with triple cooked chips, mushroom and tomato (and a side of kale to make us feel a little more virtuous), it’s a classic done very, very well.

Aside from the grub, look out for the pub quiz on Sundays, and regular appearances from Racquet – the house band made up of ex tennis players! Game, set and match to the Dog and Fox.