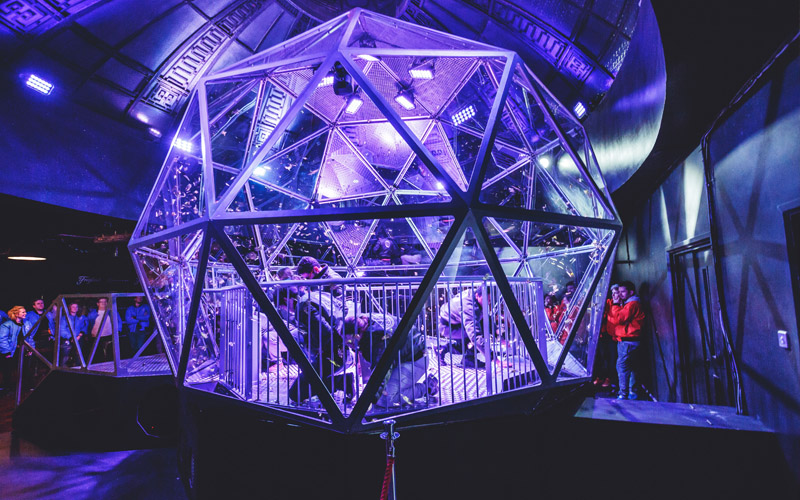 On arrival your team are given bomber jackets, the colour defining you as a group…then you’re led into a little room where you watch re-runs of the classic 90s show in true VHS style. Then enters your charismatic maze master who guides you through the maze keeping your team out of mischief*. Just like in the TV show you travel through four zones; Aztec, Medieval, Industrial & Futuristic, completing timed challenges to win those sacred crystals, with contestants facing jail if they fail. With games including lasers, barrels, blinding masks, tricky puzzles and even a murder scene, things get very competitive with lots of shouting and pointless, yet comical running.

Once your team has completed all the zones you are then taken to the Crystal DOME, the fans start and it’s time to grab as many golden tickets as possible. But what was team LOTI’s fate we hear you cry…well with thirteen crystals and score of 258 from the dome you could say we SMASHED it. We might have just beaten Time Out, Shortlist and the Evening Standard, not that we’re ones to brag or anything. All our childhood dreams came true and with secret treasure chests in each zone, you can even get your hands on some very special prizes at the end. A must do for anyone that is alive anywhere. Mumsy would approve.

*We did not trick our quiz master in any shape or form honest!