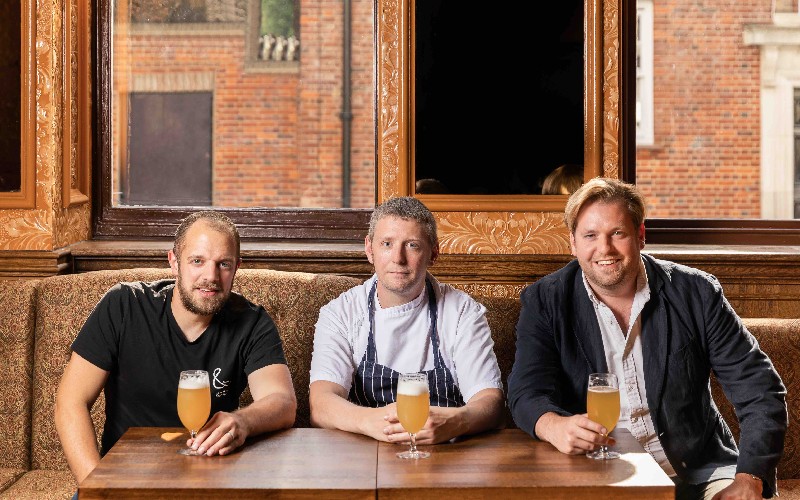 It’s all change at Chelsea pub The Cadogan Arms as Dominic Jacobs (who runs the Running Horse in Mayfair) and JKS Restaurants (Hoppers, Berenjak et al) are taking it over and relaunching it this July. As well as giving the boozer a new look, including a stained-glass back bar, wrought-iron staircase and mosaic floor, James Knappett of two-Michelin-star Kitchen Table (where JKS are backers) will be overseeing the food menu as Culinary Director, with Alex Harper (previously of The Harwood Arms and The Ledbury) joining as Executive Chef.

With those two involved you know the food is going to be good – the menu includes the likes of boneless crispy lamb ribs with anchovy & sorrel yoghurt, brown crab quiche with horseradish creme, black garlic chicken kiew with shaved fennel salad, strawberry sherry trifle, and sharing roasts of roast Longhorn sirloin and Sutton Hoo chicken with all the trimmings. And drinks-wise, the pub will be pouring beers and cask and craft ales alongside an extensive wine list and modern cocktails, like on-tap Nitro Espresso Martinis, Blackcurrant Negronis and ice-ocld mini cocktail chasers poured straight from the freezer and served with a beer. Basically, if anyone knows how to organise a piss-up in a brewery, it’s this squad.