Starting with a glass of Black Velvet, a dark take on the classic Bellini – Champagne with a floating layer of Guinness, we learned that this drink was created at the Brooks’s Club in London in 1861 to mourn the death of Prince Albert. The colours of the drink symbolised the black and purple cloth armbands worn by mourners of the time. Despite the gloomy origins, the drink is surprisingly refreshing and the perfect match to our Guinness bread top with potted pork, wild mushrooms and our favourite – the curried crab.

Taking the stairs into the kitchen we were treated to a West Indies Porter, based on a recipe from 1801, brewed to maintain its freshness on long sea journeys to the Caribbean and the Dublin Porter, inspired by working man’s beers, with a recipe dating back to 1796. 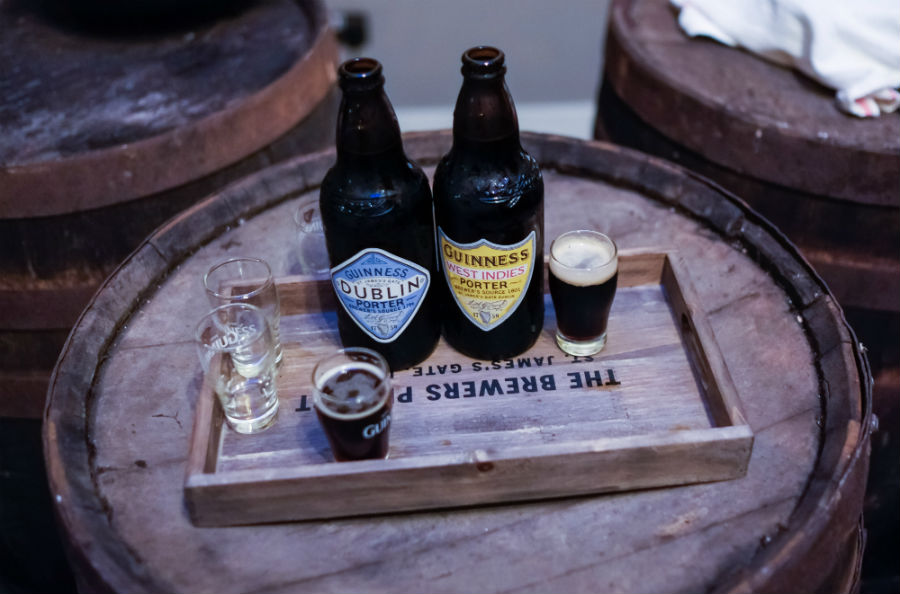 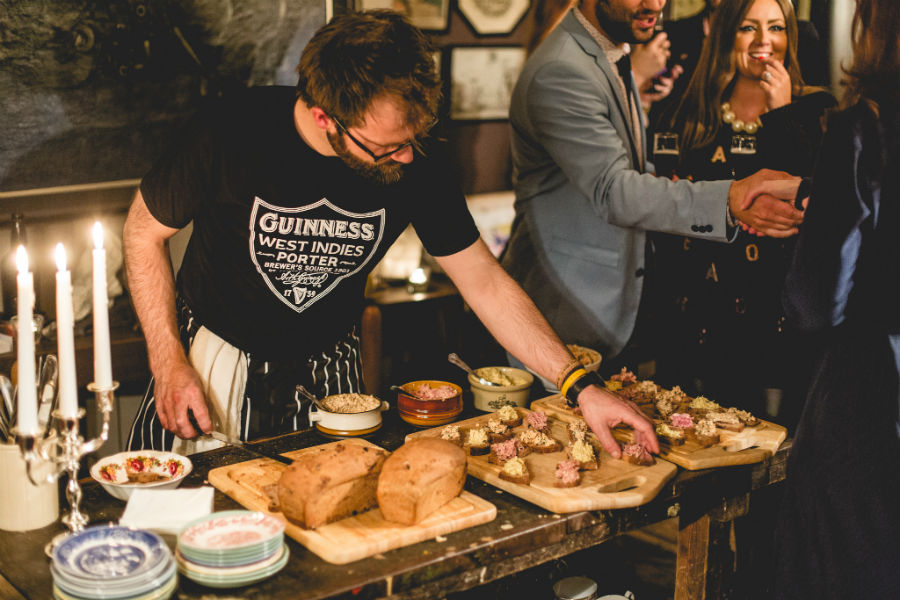 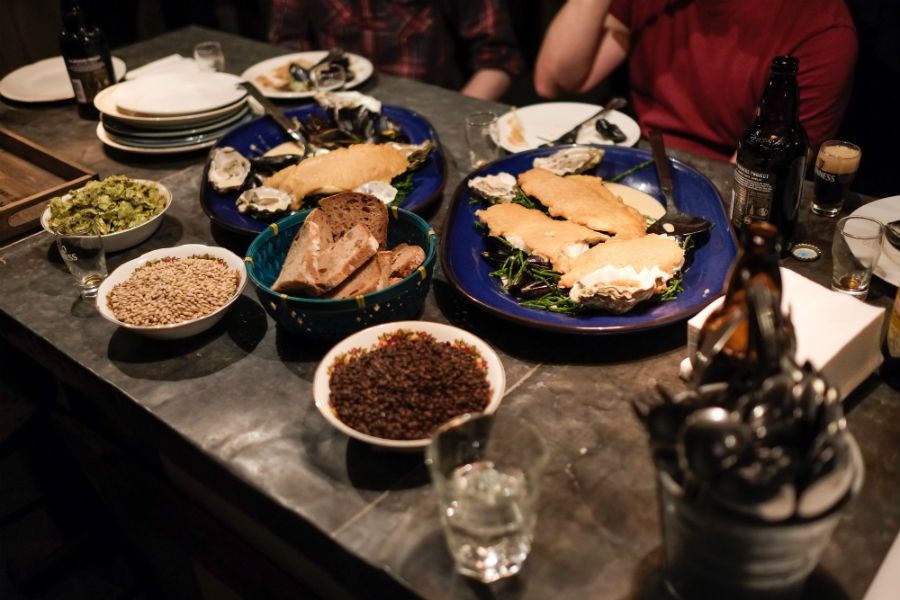 With just six dates taking place before it disappears, you’d be a fool to miss out.