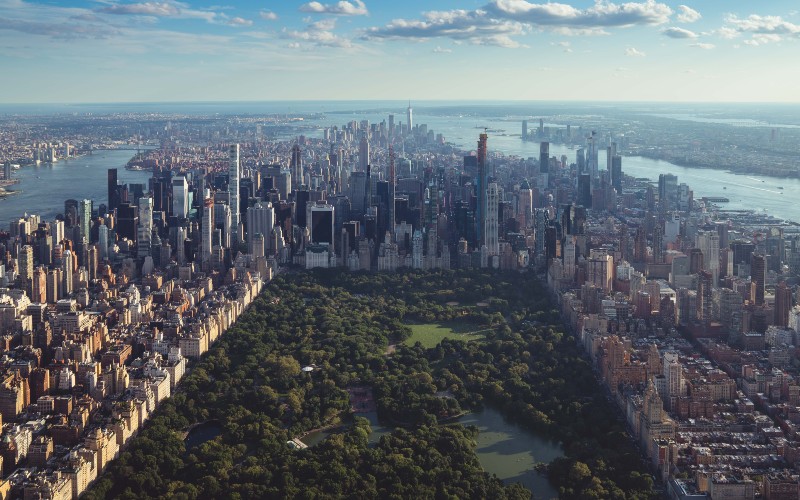 We’ve already brought you a list of virtual museum and gallery tours that you can do from home but the exploration doesn’t have to stop there. Just because you might not be able to fly it doesn’t mean you can’t discover ancient ruins in Egypt or enjoy epic views from mountain tops in America. Not only do virtual travel experiences allow you to break out of your living room and see world-famous sites in times of isolation, they also help preserve these places so that they’re still around long after we can go exploring again. Here are some to get you started.

Walk along sections of this world wonder, which stretches over 3000 miles long, and even see it in winter with this tour.

Take a virtual walk around NYC’s famous park and get info on different sites like the Imagine mosaic and the Bethesda Fountain as you go around.

Enjoy the 3.6 mile trek up Table Rock Mountain, which can be quite strenuous at times, without even having to put shoes on.

The Churchill Northern Studies Center in Manitoba, Canada has a livestream directly underneath the aurora oval, which one of the best places on the planet to watch the aurora borealis.

Work your way through the spectacular national park with 360-degree views of Mirror Lake, El Capitan, Half Dome and Yosemite Falls, going from the valley floor to the top of the cliffs in seconds.

This tomb in Luxor, often called the Sistine Chapel of Egypt, is home to some of the best preserved paintings in the whole country. Tickets to get into the tomb are expensive and visitor numbers have been reduced to keep the site as protected as possible, so the virtual tour really does come in handy.

Stand 2400 metres above sea level and explore this Incan citadel, one of the New Seven Wonders of the World without having to undertake the gruelling trek to top yourselves.

Enjoy the view over the Atlantic and take in the natural beauty of the Cliffs of Moher, Ireland’s favourite visitor attraction.

Explore one of the New Seven Wonders of the World, the ancient Mayan city of Chichén Itzá, complete with narration from archaeologist Guillermo de Anda.

Get up close to the Christ the Redeemer statue, enjoy the views from Sugarloaf Mountain and then head down to Copacabana and Ipanema beaches with this tour.

See the all the sites of the holy city of Jerusalem, including the Holy Sepulchre, the old markets and the Western Wall.

Venture down 400m beneath the surface into the world’s largest ice cave, just out Salzburg in Austria, and then explore more of the country’s sites, like the Großglockner High Alpine Road, the Vienna State Opera and the Mozart Residence.

Learn about the history of the Nabataean Kingdom and explore the archaeological wonder of Petra. You can even go on a tour led by Queen Rania of Jordan.

Ok so you’ll need (or need to buy) and Xbox for this one but it’s worth it because Rough Guides has launched the Rough Guide to Xbox. You can explore real locations like Athens (from Assassin’s Creed Odyssey) to Derwent Water (from Forza Horizon 4) as well get lost in alien worlds.

Travel along Australia’s iconic Great Ocean Road from the air and get a great view of the Twelve Apostles.

Experience the best of the Sunshine State, from horseback riding on Hutchinson Beach to kayaking in Rainbow Springs State Park to catching the sunrise at South Beach Park.

The Taj Mahal, the crown jewel of India, was built by Mughal emperor Shah Jahan to honour his favourite wife and you can check out the whole complex with these 360-degree views.

Join an hour’s walking tour, with commentary, of the Colosseum and see all four levels of this famous Roman site.

Explore the Faroe Islands (halfway between Iceland and Norway in the North Atlantic FYI) with these live virtual tours. A local will lead the tour in real-time, so you could see everything from mountains, waterfalls and traditional grass-roofed houses, and you can actually control where they go, just like in a computer game.