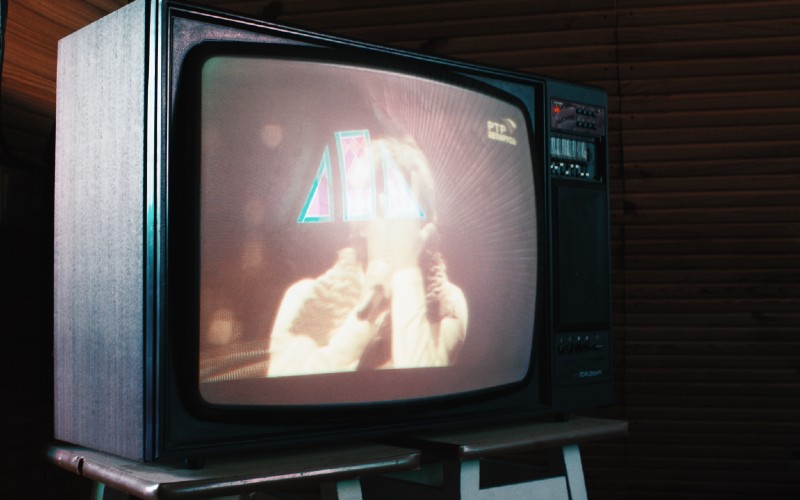 Going out is back on but if you still want to stay in, we’re here to make sure you’re entertained. To give you the giggles, put you on the edge of your seat, have you open-mouthed with a crisp between your fingers that’s been waiting to be eaten for eternity as you stare at the screen, we’ve put together some killer, thriller and anything-but-vanilla TV series that you can stick on.

If you’ve not seen the first two seasons of this Netflix fave, where have YOU been? In this new season, Joe and Love might have become parents to son Henry, but it looks like Joe’s still up to his usual tricks donning his signature blue stalking cap whilst on daddy duties. They’ve definitely upped the ante, so if you thought it was bonkers before, just wait until you see what’s to come…

TVDinner | Hit up some of the fave dishes we’ve eaten this month before tucking into this fave.

We’ve been waiting a while for Succession to land back on our screens (especially after that cliffhanger) and FINALLY it’s here. If you thought your family was a dysfunctional bunch, the Roy family go out of their way to stab one another in the back in attempt to become the head of the family empire. Yes, it’s drama as usual in this new season…will they ever resolve their issues?

TVDinner | The Roy family aren’t the only ones with a bit of beef happening, say hello to London’s new Le Petit Beefbar.

SCENES FROM A MARRIAGE

Ingmar Bergman’s original Scenes from a Marriage miniseries has been reimagined by Hagai Levi. This time we’re in Boston and Mira who has a high-flying tech job that requires her to jet off around the world a lot (played by Jessica Chastain) is working through her modern marriage with Jonathan an academic offering up his relationship for research (played by Oscar Isaac). It’s familiar yet still keeps you hooked and is the very essence of “you hurt those you love the most”. Is the pain of separation worth it? Obvs we’re not gonna tell you, you’ll have to tune in on Sky Atlantic to find out.

TVDinner | Make a date of it at one of London’s best new openings before diving into this series.

Warning, this new one from Netflix is probs gonna make you cry (a lot). Based on Stephanie Land’s 2019 memoir, it follows one young mother’s journey as she flees an abusive relationship and finds herself a job as a cleaner to try and provide a better life for her child. It stars real life mother and daughter duo Margaret Qualley and Andie MacDowell, and not only was it produced by the same people behind Shameless, but Margot Robbie got in on the action too. This is defo one to add this to your autumn watch-list.

Oops…they’ve done it again, Netflix has released another Britney documentary and this time it’s directed by true crime filmmaker Erin Lee Carr. It follows Britney’s behind the scenes fight for her own autonomy, exclusive interviews with key players and both Spears’ public and private search for freedom throughout this toxic 13-year conservatorship. Apparently it goes deeper than ever before and has been 18 months in the making, but we’ll let you be the judge…

Phew, season three is FINALLY here. We’re not sure we could’ve waited any longer to see what happens between Otis and Maeve…right? The new season follows them and the rest of Moordale (aka ‘Sex School’) after they return from their summer hols greeted by new headteacher Mrs Haddon. And judging by the trailer, she’s ready to shake things up. There’s a lot of juicy things going on and we’re so ready for it.

TVDinner | Let’s face it, you’re gonna be bingeing on this one, so call in a slice to keep you company.

The first season dropped on AppleTV+ back in 2019 – back when the pandemic wasn’t a thing – and now another juicy season featuring the iconic duo that is Jennifer Aniston AND Reese Witherspoon is back on our screens. It picks up more or less where we left off, with Steve Carell’s character Mitch continuing to deal with the repercussions of his sexual misconduct allegations. Is he gonna accept what he’s done? Well we don’t wanna give it all away…

Last year, the pilot episode managed to bag a BAFTA Award and so we reckon we’re in for a right treat with this new BBC six-part series. It follows main character Alma (based on the writer herself, Sophie Willan), who is trying to make her way in life after a nasty break-up. Yes it’s full of hard hitting subjects, from poverty and addiction to mental health and growing up in care, but it’s witty and smart too. This might just fill that Fleabag void you had in your life.

TVDinner | This one calls for something sweet and Mann’s Got Munch has come through with this easy dessert.

MONSTERS INSIDE: THE 24 FACES OF BILLY MILLIGAN

The new four-part series coming to Netflix at the end of the month attempts to untangle the truth about Milligan’s controversial court case. Back in the 1970’s, Billy was arrested for committing three sexual assaults on a university campus. Later diagnosed with multiple personality disorder, his lawyers pleaded insanity during his trial but to this day there’s quite a few people not so convinced with the validity of his plea. It was the story that inspired McAvoy’s nail-biter of a film, Split, so we’re in for a true crime treat with this one.

TVDinner | Equally as nail-biting, it’s the news that a dedicated croissant cafe is opening later this month too

The first major film to tell the story of legendary band the Velvet Underground will be landing onto Apple TV+ on 15th October and if the trailer’s anything to go by, it’s gonna be a good’un. It will feature never before seen performances and recordings; Warhol films (because back in the day Andy managed the band); and in-depth interviews with the key players of that time including surviving members John Cale and Moe Tucker.

TVDinner | You’ve got a bit of time on your hands until this one comes out, so start hitting up London’s best street food markets.

KEVIN CAN F**K HIMSELF

After premiering in the US back in June, Amazon Prime drama Kevin Can F**k Himself has finally landed in the UK. It’s slightly different from your usual sitcom, with mum Alison (Schitt’s Creek’s Annie Murphy) struggling to redefine her life whilst unhappily married to insensitive husband Kevin. Switching between comedy and bleak realism, you can count on this one to keep you gripped.

TVDinner | Whatever you’re eating, wash it down with a beer that saves endangered species.

18 years after the racist murder of Stephen Lawrence, ITV’s new three-part drama (a sequel to Paul Greengrass’ 1999 film), focuses on the investigation into the murder and his parent’s fight for justice. It’s a hard watch, but a worthwhile one with Steve Coogan playing the officer who finally convicted Lawrence’s murderers.

TVDinner | Treat yourself to Dishoom’s at-home offering of their most-loved dishes for this must-see drama.