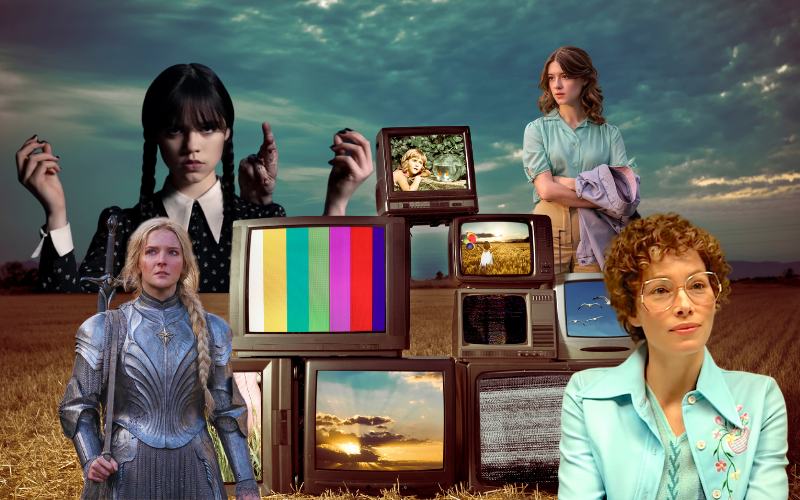 Going out is back on but if you still want to stay in, we’re here to make sure you’re entertained. To give you the giggles, put you on the edge of your seat, have you open-mouthed with a crisp between your fingers that’s been waiting to be eaten for eternity as you stare at the screen, we’ve put together some killer, thriller and anything-but-vanilla TV series that you can stick on.

TVDinner | You can’t very well watch a show about a sandwich shop without eating one can ya?

Based on the book of the same name by Sheri Fink, this Apple TV series is set in a New Orleans hospital in the immediate aftermath of Hurricane Katrina. The staff have to contend with the power going out; dwindling food, fresh water and medical supplies; trying to evacuate patients when help does eventually arrive; and keeping those who cannot be moved from suffering a painful and lonely death. It’s a powerful watch and shows just how badly the US government handled the disaster.

TVDinner | This ain’t exactly a barrel of laughs, so get through it with a giant pudding.

THE LORD OF THE RINGS: THE RINGS OF POWER

As well as being a long-anticipated prequel to the events of J.R.R. Tolkien’s The Hobbit and The Lord of the Rings, The Rings of Power has also been making headlines for being the most expensive show ever made. Any LOTR stan will be familiar with the titular rings – the One Ring being the most powerful of them – and now we get to see the story behind their creation that was previously only teased in the prologue to the first movie. Reportedly costing £350m to make, The Rings of Power is expected to be just as much of an epic as other productions set in the same universe. Whether or not die-hard fans will agree remains to be seen.

TVDinner | Match the gold rings on screen with one of Mimi’s Gilded Mooncakes in celebration of the Mid-Autumn Festival.

Coming to Disney+ in October, Candy is a brand new thriller following Candy Montgomery’s involvement in the brutal murder of her good friend Betty Gore. The show is based on true events, unravelling the case of how Montgomery’s seemingly idyllic life came apart at the seams and why a god-fearing housewife would take her friend’s life with an axe. It’ll be a chilling depiction of what goes on behind closed doors in sleepy suburban towns.

TVDinner | Keep your eyes glued to the screen, not a plate, with a killer sarnie from Sons+Daughters‘ new Borough Market spot.

Netflix is bringing yet another beloved franchise into the 21st century with a new Addams Family adaptation. This time, it’s all about arguably the most iconic member of the kooky household, Wednesday Addams. Just in time for the Halloween season, Wednesday will see the title character sent to a new, suitably spooky high school, with Tim Burton directing and Danny Elfman behind the music. It looks like the new Wednesday will be every bit as deadpan and homicidal as the one we came to love in the 90s movies – and we may even see a Christina Ricci cameo.

TVDinner | Indulge your inner child even more with desserts delivered straight to you, here are our faves.

A FRIEND OF THE FAMILY

You may have already heard of the entirely bizarre and unsettling story of the Broberg family from the Netflix documentary Abducted in Plain Sight which shocked audiences in 2017. Now, a new dramatisation will see the case unfold with Jake Lacy, Anna Paquin, Colin Hanks and McKenna Grace starring. A Friend of the Family will revisit the Broberg family whose daughter, Jan, was kidnapped multiple times by their neighbour, Robert Berchtold, retelling how Berchtold’s complicated (to say the least) relationship with the Brobergs played out.

TVDinner | Change the tone to something a bit more upbeat with dinner at Shoreditch’s newest Caribbean diner, Ma Petite Jamaican

UNDER THE BANNER OF HEAVEN

One for all you true crime fans out there. Andrew Garfield and Daisy Edgar Jones star in this adaption of the non-fiction book of the same name by John Krakauer. Mormon detective Jeb Pyre (played by Garfield) along with non-Mormon detective Bill Taba (played by Gil Birmingham) are investigating the murder of Edgar-Jones’s character Brenda Lafferty and her baby daughter, and they end up uncovering truths about the Church of Latter Day Saints along the way too.

Thought the Fyre Festival doc was shocking? Wait until you see Trainwreck: Woodstock ’99. The Netflix three-parter tells the story of the infamous Woodstock ’99 festival, which like the original Woodstock in 1969 was planned to be an event promoting peace and unity, this time in the face of rising gun violence in the US, but it descended into total and utter chaos.

Everybody’s heard of Victoria’s Secret but have you heard about the billionaire behind it, Les Wexner? From his ties to Jeffrey Epstein to the internal culture of misogyny and everything dodgy in between – the secrets are about to be spilled.

TVDinner | Nood masters Koya have got into the dessert game by teaming up with Happy Endings for a collab ice cream sandwich.

There’s a lot of true crime happening at the moment and Black Bird is up there with some of the best. This one’s about James Keene, who fails to become the football star he once hoped he would and instead turns to a life of drug dealing until his apartment gets raided and is sentenced to ten years without parole. BUT Keene’s got the gift of the gab and is offered the chance to reduce his sentence…how? That’s exactly what you’re gonna find out.

Who do you trust when you can’t trust yourself? Oh yeah, get ready for a spicy watch. Surface follows Sophie, a woman who’s recovering from a head injury that has left her with extreme memory loss. She’s trying to put the pieces back together with the help of friends and family, BUT she’s beginning to wonder whether or not the truth she is told is the truth she’s actually lived…

TVDinner | Time to order in one of these new food deliveries.

Australian drama series The Newsreader has made its way to onto our screens and this workplace drama depicts the chaos and hustle of an 80s newsroom, whilst also exploring what it was like for women in the workplace during this time too. It does give us some soap-vibes but it’s worth a watch nonetheless.

TVDinner | The 38th best chef in the world is also on his way to London at this new restaurant opening.

HOUSE OF THE DRAGON

The trailer for the Games of Thrones prequel has landed and the battle for the Iron Throne resumes. The ten episode season will begin on 21st August and is set 200 years before the Game of Thrones antics. It still feels like GOT but there’s very much a different agenda happening. We’re not counting down the days, you are.

TVDinner | Cheers to this with London’s best Palomas.

Part love story, part political thriller – Fellow Travelers is the new LGBTQ+ drama featuring Jonathan Bailey and Matt Bomer that’s breaking the internet, and that’s before we’ve even got a trailer. The eight-part series will centre around the decades-long romance between two men that spans the 1960s Vietnam War protests, the drug-fueled disco hedonism of the 1970s and the 1980s AIDs crisis, all whilst they battle personal struggles too.

TVDinner | You’ve time to head to London’s new floating restaurant before watching this one.

Squid Game season two has been given the green light and we’re so ready for the new round. Two BIG characters will be returning (Gi-hun and The Front Man) but as for the rest, it’s all in creator’s Hwang Dong-Hyuk’s mind for now. Stay tuned for more Squid Game 2.0 deets.

TVDinner | Whilst we’re waiting, get all over London’s soft serve scene.

You’re gonna want to mark your calendars (9th September) for Netflix’s first ever adult-only movie, Blonde, which delves into the life of Marilyn Monroe BUT not as you’d expect. It’s not an exact retelling of her life and career, instead a reimagining with the odd bit of fantasy thrown in along the way. It’s a pretty heavy film hence the adult-only label but one to watch nonetheless.

TVDinner | You’ve got all summer to lap up these new restaurant openings before watching this one. 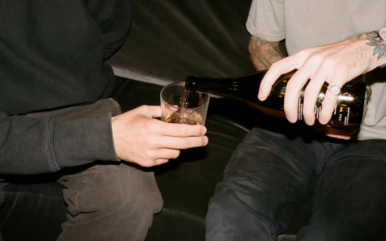 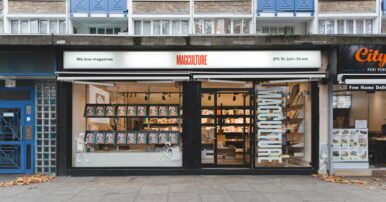 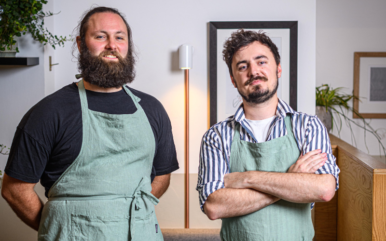 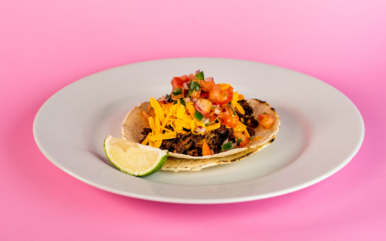