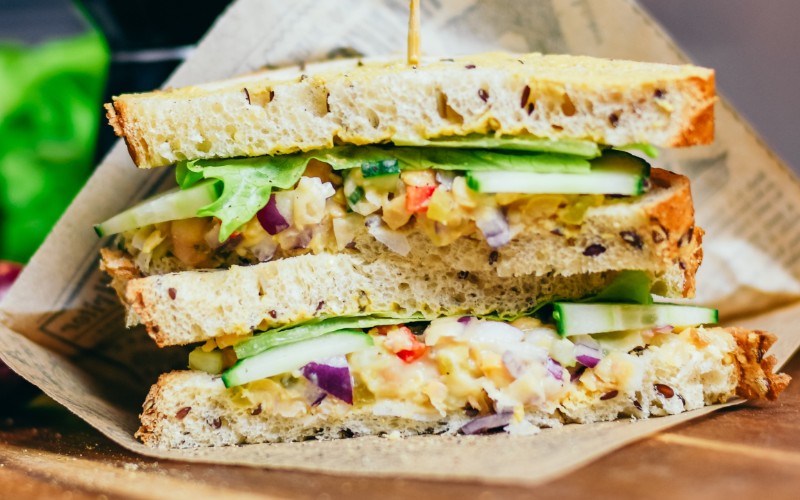 Two slices of bread, a filling and maybe even a condiment or two….at the most basic level the sandwich is something that everyone can make. However in the right hands the humble sandwich can be elevated into an art form, like this little lot below.

You can’t beat a good Reuben and the folks at TRADE have got their one down – thick slices of pastrami loaded with sauerkraut, Swiss cheese and spesh TRADE sauce sandwiched between East End rye bread, with a pot of pickles on the side for good measure. And if beef ain’t your thang, they do a vegan version with mushroom pastrami, vegan cheese and vegan sauce, and it’s just as good.

Sam Sandwiches is a proper hidden gem inside Shepherd’s Bush Market and these guys are slinging some of the best sarnies around with a menu inspired by Algerian street food flavours. Meat comes in the form of marinated chicken, lamb’s liver, merguez or a fish fillet before being topped off with a fried egg and chips. These big boy sandos are also slathered with plenty of harissa and mayo too, just how we like ’em.

There are fish finger butties and then there are Japanese-inspired fish sandos. Milk is out here taking things to the next level with this panko red snapper, fukujinzuke pickle, Japanese mayo and housemade tonkatsu number on shokupan bread.

A post shared by Halal Girl About Town (@halal_girl)

Filipino bakery Panadera just opened in Kentish Town and they’ve come in strong on the sandwich front with the likes of corned beef hash and egg salad sandos (with the optional extra of black truffle) on their slightly sweet pandesal bread.

If you’re partial to a Maccy D’s breakfast then you need to try this muffin from Tufnell Park caff Norman’s with sausage, egg, hash brown, Red Leicester and HP sauce. DING DONG.

Dom’s Subs has changed the sarnie game in London thanks their house-baked semolina sub rolls stuffed with fillings like rare roast beef, yellow mustard, cabbage, slaw, horseradish dressing AND beef, onion & ancho powder crisps. It’s a biggun but you’ll have no trouble scoffing it down.

Sweet sarnies are a thing and they don’t come much sweeter than this Nutella French toast from Eggbreak. Chocolate spread and cornflakes on the inside, crispy eggy bread on the outside and some marscapone to dip it in.

Del Piero Doughnut at From The Ashes

Yes that is smoked pork shoulder, ndjua and chilli jam inside a sugar doughnut (with crackling dust on top) and yes it is epic. A little bit sweet, a little bit salty, a little bit hot and a lot of indulgence, Hackney Wick BBQ hatch From The Ashes knows what’s good. 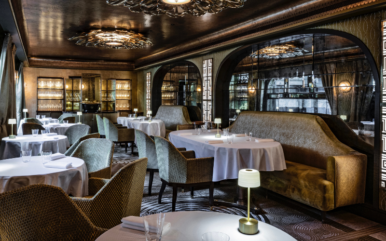 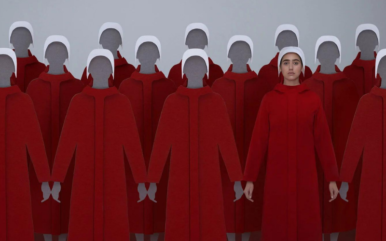 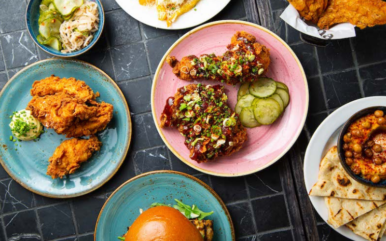