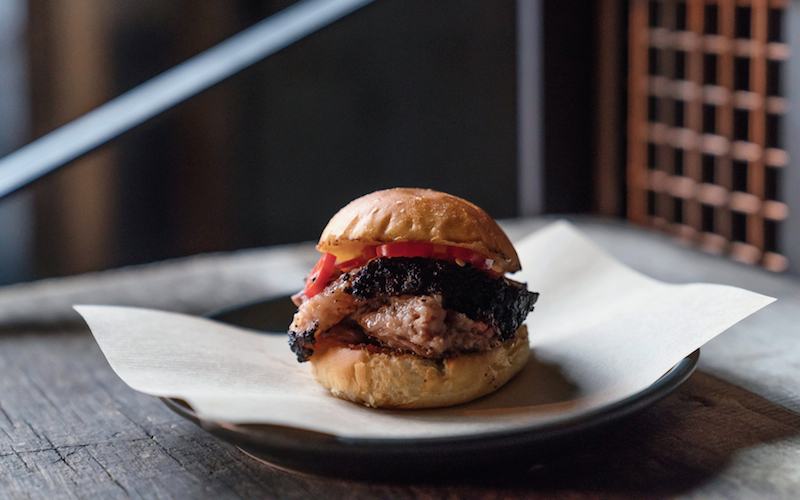 THE BEST RESTAURANTS CONTINUING THE EAT OUT TO HELP OUT SCHEME

The government’s Eat Out To Help Out scheme, where restaurants offered a 50% discount of up to £10 per head on food and soft drinks across Mondays – Wednesdays (with the government reimbursing the restaurants for the discounts), was introduced in August to encourage people to get back out into restaurants and give the hospitality industry a lift after a tough few months. It hasn’t been officially extended by the government but many restaurants have decided to keep running the offers into September, so here’s our pick of the best bargains.

Elliot’s – we recently went to Ell Fresco their new pop-up terrace and LOVED it so with 50% off Monday – Wednesday there’s no reason not to go and eat your body weight in those cheese puffs and drink some of the most smashable natural wines around. You won’t regret it. Don’t forget to quote ‘EOTHO’ when booking.

Smokestak – the BBQ joint was running a 4For10 deal in August – starter, bun, side and pud for a tenner – in August and it’s continuing in September at the slightly raised, but still bargain, price of £15.

Oren – Dalston’s Oren has gone from strength to strength since opening in October last year. Mediterranean/Israeli small plates are matched with a banging list of natural wines, and the restaurant will be continuing EOTHO on the same terms throughout September. Pus, Oren will be opening on Mondays for the first time, so you can take full advantage!

Kricket – if you want to go to Kricket then Monday is the day as the restaurant is knocking 50% off all food and soft drinks, no £10 cap, every Monday at all its sites for the rest of the year.

JKS Restaurants – Brigadiers, Gymkhana and Trishna will be running a discount of 20% off food on Tues – Sat (and Sun at Trishna), throughout September. You’ll need to quote ‘Stay Eating Out’ when booking and make sure you check the times when the discount will apply.

The Dorchester – the EOTHO discount is running Mon- Weds on afternoon tea and all day dining at The Promenade and on dinner service on Wednesdays at The Grill at The Dorchester.

45 Park Lane – both Wolfgang Puck’s steak restaurant CUT and the new alfresco terrace CUT Out will be running the offer throughout September.

Tapas Brindisa – the Battersea, London Bridge, South Kensington and Soho branches of Brindisa are extending the offer to the end of September, including Thursdays. You just need to quote ‘Comemos’ to Eat Out To Help Out for an extra month when booking.

Boxpark – the Shoreditch, Wembley and Croydon Boxparks are all running 20% off food (up to £10 person) and 20% off drinks, including wine, draught pints and slushes, Mon – Weds in September. That means you can get bargain meals at the likes of La Nonna, The Athenian, Eat Chay. Nanny Bill’s, Koshary Kitchen, Poptata and more.

Hot Stone – the Japanese joint in Angel is extending the offer into September, running it on Tuesdays and Wednesdays.

Applebee’s Fish – the Borough Market restaurant is continuing with the 50% off up to £10 offer, running it Mondays and Tuesdays in September.

Bala Baya – you can get the discount applied to the regular menu at Bala Baya Mon – Weds throughout September.

Homeslice – get those monster 20″ pizzas for a bargain price at the Shoreditch, City, Marylebone and White City branches across Mon-Weds in September.

Barboun – the Levantine restaurant is running the discount into September and across Weds – Sun too, meaning you can also get money off your weekend brunch.

Pizza East – get bargain slices at Pizza East in Shoreditch as they extend the offer into September.

Manteca – Chris Leach and David Carter are extending Manteca’s spesh £10 menu – focaccia, a choice of either in-house-made mortadella or chicken liver parfait, and a choice of pasta dish – into September.

Shackfuyu and Flesh & Buns – the izakaya-style restaurants in  Soho, Covent Garden and Fitzrovia will continue the discount, with Flesh & Buns adding Thursdays in to the mix.

Arabica – both the King’s Cross and Borough Market branches of Arabica will run the scheme into September.

THE YAYOI KUSAMA INFINITY ROOMS ARE COMING TO THE… (10)

WIN A THREE-MONTH SUPPLY OF BREAD FROM KARAWAY (9)