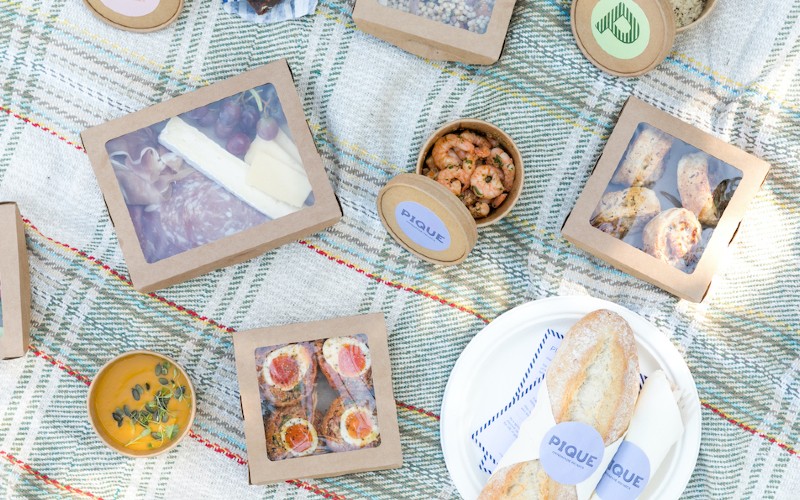 Going for a picnic has always been a popular pastime in this country but since it became one of the only ways we’re allowed to socialise under lockdown, the art of the picnic has been taken up a notch. A couple of tinnies and a packet of cocktail sausages isn’t gonna cut it anymore, not when you can get mega ready-made picnic boxes like these. And most of them can be delivered too, so if the weather takes a turn you can have a sofa picnic instead.

Sette – Knightsbridge spot Sette has launched two luxe picnics for you to feast on this summer. There’s the Signature, with bruschetta with charred peppers & burrrata, rosemary foccacia, cured meats, cheese & aubergine panino, cheeses and Italian cakes plus a rug and tote bag for you to spread it out in style, or you can upgrade with the Limited Edition one which comes with a special picnic bag and a bottle of Ruinart bubbles.

Arabica – turn your picnic into an Arabica experience with this Middle Eastern-inspired feast. Roll out the blanket and tuck into the likes of hummus, smoked aubergine baba ghanoush and beetroot borani, as well as a couple of salads and baklava for something sweet. You can also upgrade to their deluxe kit which includes a bake-at-home boregi too. So it’s perfect for any picnic parties you’ve got planned, or maybe you just fancy zhushing up your alfresco lunch.

Ibérica – we might not be holidaying in Spain this year, but we can still get a taste of it with this picnic hamper from Ibérica. They’ve teamed up with Estrella Galicia to treat us to a picnic that includes the likes of jamón Ibérico, chorizo and olive oil crisps, as well as a few bottles of beer too. And it all comes in a jute bag (including a bottle opener and some nifty beer bottle coolers) so it’s ready to take straight to the park when the sun comes out.

The Proof – sometimes you just want a traditional picnic spread and that’s where Hackney’s delivery-only bakery comes in. The Proof have turned their signature afternoon tea treats into a picnic hamper which includes sweet and savoury profiteroles, salmon pastrami brioche rolls, lemon meringue tart and scones with clotted cream and jam. It even comes with a cake stand to really impress your picnic guests AND they deliver all across London.

Pique – no matter what the occasion, Pique has a picnic box to match. They specialise in luxury homemade picnics and have boxes for celebrations, birthday breakfasts, movie nights and more, which you can get delivered within seven miles of Battersea. Everything comes in recyclable or compostable packaging, and you can add on wicker hampers and rugs if you’re really trying to impress.

Provisions – North London’s cheese and wine shop Provisions have to put together a picnic hamper that’s brimming with organic produce and natural wines from some of Europe’s hidden gems. It features all sorts of spreads (like houmous, olive tapenade and tuna paté), as well as cold meats, cheese, a selection of nibbles and a bottle of vino too. And not only do they deliver nationwide but it’s also plastic-free.

Panzers Deli – have pulled out all the stops when it comes to a traditional picnic set up. With vegetarian, salmon or charcuterie options, along wiht a deluxe offering complete with a bottle of vino for you boujie lot, expect dill potato salad, choc brownies, luxury crisps, chicken drumsticks, cheese and charcuterie, all bound in a Panzers hessian bag along with cutlery and plates. This is one for when you want to treat yo’self. 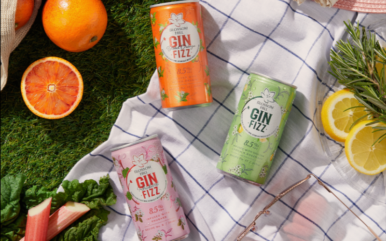 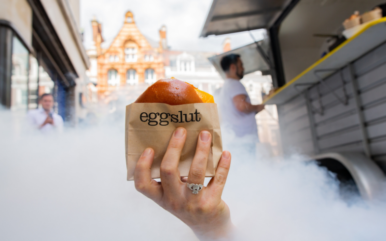 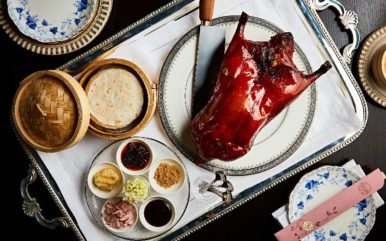 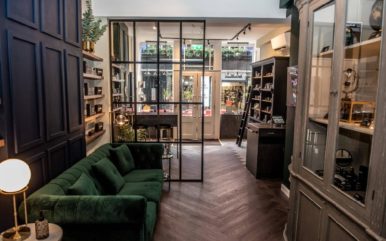