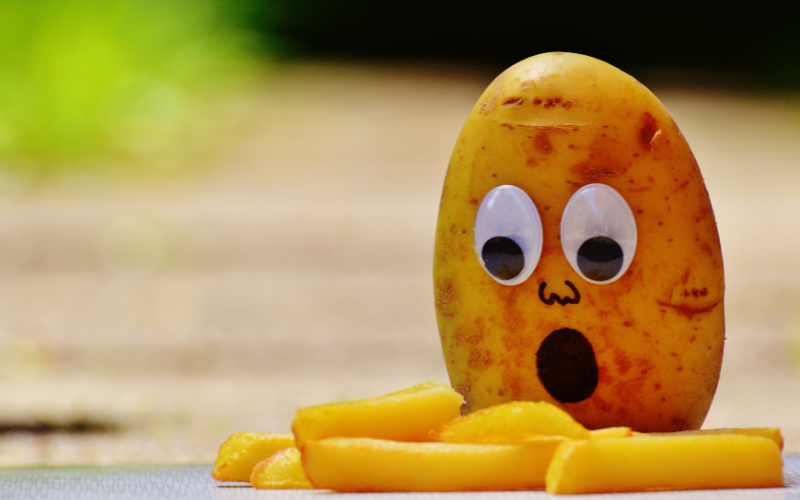 Who could have predicted that a brown lump found in the ground around 8000 years ago would become a mainstay of cuisines across the globe and the downfall of every diet Dolly Parton has ever embarked on? Well here we are, millennia later, and the human love affair with the humble spud has led us to many great discoveries – chips, roasties, gnocchi, croquettes – lots of which can be found right here in London. We’ve rounded up the city’s most unmissable potato-based dishes here. If you’d stir your tea with a Chipstick if you could, this one’s for you.

Slow-cooked, wafer-thin slices of potato cooked in butter, then pressed and deep-fried into glorious, golden, crispy chunks – Bubala’s potato latkes have got it all.

What’ll make even the most schlep-averse schlep to Tooting? The Poacher Hash from Juliet’s Quality Foods. Stacks of crispy hash browns with Lincolnshire poacher cheese generously heaped on top – it’s a cult fave for a reason.

A linchpin since they were first introduced nearly a decade ago, it’s hard to remember a time that the QCH menu came without its confit potatoes.

The Baring has only been open a matter of months and it’s already reeling in raves for its chips. There’s only one way to find out why.

A total classic, the tortillas at Barrafina always hit the nail on the head – gold on the outside, gooey on the inside and full of flavour.