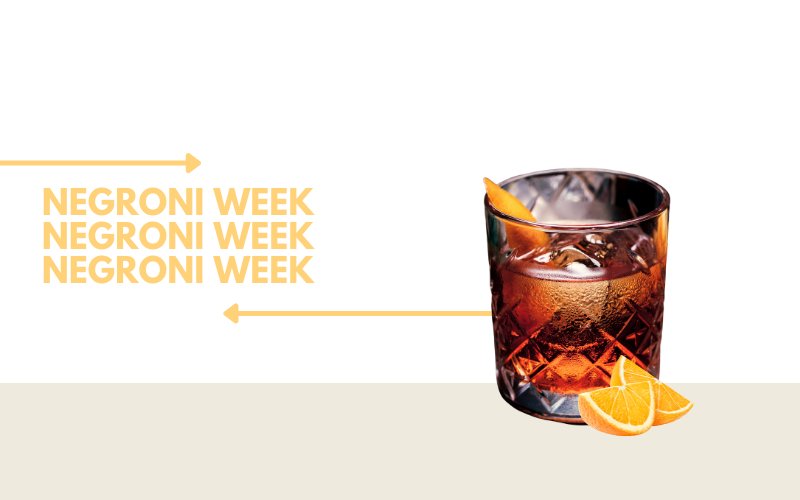 During the early days of Planet Earth, an alien visited, bringing with it some of the greatest gifts humanity has ever received – we can only assume that’s how we came to have the Negroni. Or maybe it was something to do with an adaptation of a Milano Torino at Caffe Camparino in Milan during the 1860s? Or a Count Camillo Negroni? Whoever’s responsible, we’re forever grateful. In case you didn’t know, the 12th – 18th September is Negroni Week, meaning now is the perfect time to get out there and try some of the city’s finest (not that you needed the excuse). So whether you’re looking for a total classic or want to try a new take, here’s where to find the best Negronis in London.

Bar Termini is an obvious choice for one of the best Negronis in town, with an entire menu dedicated to the short but powerful drink. While these Negronis are pre-batched, there’s certainly nothing lazy about them, they’re carefully made by premium bottled cocktail company Untitled Drinks. And as a bonus, pre-bottled means you can get some to take home with you.

You can’t beat a Negroni for a fiver in London, and a good one at that. That’s why Brutto’s affordable aperitivi are way up there with its selling points, alongside the traditional trattoria vibes and menu of Tuscan crowd-pleasers. Apparently they get through 20 litres of the stuff each day.

A mezcal Negroni will knock your socks off – in a good way – and Hacha’s is smokin’. Combining The Lost Explorer Mezcal (in place of gin) with both sweet and dry vermouth, Campari and smoked citrus oils, this one’ll blow you away.

Ever tried a prophetic Negroni? The eccentric Lounge Bohemia (created by Paul Tvaroh) has on its list the Osteological Negroni, which comes with a warning – it’ll tell you your future. No spoilers here, but the picture (and name) might clue you in about what’s in store.

Negronis are a favourite among Vermuteria’s customers, and we can see why. The clue is in the name, Vermuteria knows its way around vermouth, and they have a few different Negroni options. The classic is always a solid choice, made with their Vermuteria Rosso with notes of orange zest, rhubarb, dandelion and dried rosemary.

Mr Bao’s signature Negroni comes with an unexpected edge that pairs deliciously with fluffy, stuffed bao buns. Taking the classic gin and Campari combo and adding a twist of Takara plum wine (instead of vermouth) and finishing it off with chocolate bitters, Mr Bao has made something special.

Not a new creation, but the white Negroni is still quite a rare find on London cocktail menus. So, this white Negroni with grapefruit at Fare is one to try if you’ve been on the hunt. And it’s especially good if you’re after the same punch of a Negroni in a drink that’s on the drier side.

A post shared by Berto Pasta – Roll With It (@berto_pasta)

Rumour has it (and by rumour, we mean an Instagram post) that this Holloway Road pasta spot has been Danny Devito’s choice for a Negroni fix on multiple occasions. If it’s good enough for Danny!

Why do just one Negroni for Negroni Week when you could do three? Hoppers King’s Cross is upping the ante with green orange, coconut & pandan, and lemongrass versions, and there’s even a non-alcoholic one on the menu too.