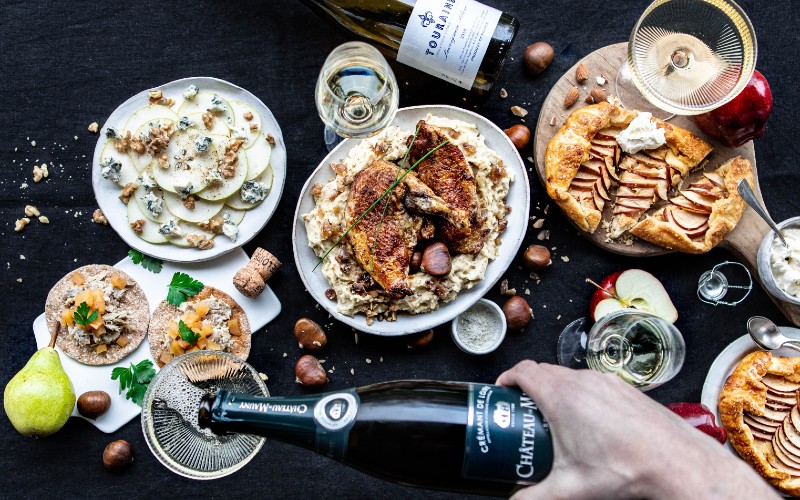 We’re back in lockdown for the foreseeable so that means there’s going to be another round of birthdays, anniversaries, promotions, weekends and other spesh occasions to celebrate at home. But you don’t have to throw a pity party, not when some of London’s best restaurants can come to you via the magic of the DIY kit. With a little bit of effort on your end, you’ll have a slap-up meal on the table that’s almost like the real thing (except with more washing up). Here’s our pick of the best celebratory DIY kits…

The Peruvian-Japanese restaurant based in Soho has an at-home kit that features seven signature dishes including padron peppers, yellowtail nikkei sashimi, black cod aji miso, asado de tira and purple potato purée. Chotto Matte has done most of the hard work on all these dishes, which are delivered in pouches and mostly just need heating up in the oven or via the ‘boil in the bag’ method. There’s also loads of mini sauce bottles that go with each dish and really solid clear instructions. It’s all easy to do and the results are very impressive.

Chef Director Jack Stein has created seven menus for the Stein’s at-home range, including a sea bass box with mussels & black beans, Thai sea bass and mango fool, and a coq au Reisling box with smoked salmon pate, coq au riesling and chocolate torte. But if you want a real blowout, it’s gotta be the scallops, lobster thermidor and chocolate pave box, because let’s be honest you’d never be making all that from scratch.

Michelin-starred Lyle’s offers a choice of different food boxes that all showcase the best seasonal produce and harder-to-find ingredients, prepared to the restaurant’s high standards, meaning you can have a very fancy meal with minimal effort. The Menu Box includes dishes like crab & barley porridge, fore-rib steak with beetroot sauce, quince sponge with vanilla custard and those brown butter cakes, and they also have a Game Box that includes the best wild produce of the season.

The super swish Japanese restaurant Dinings SW3 has just launched its Dinings at Home menu. If you’ve always fancied making your own sushi then the DIY kits are a great place to start, with all the fresh fish, seafood, nori sheets and sushi rice you need to get rolling. There’s also the DIY Tar Tar chips box, containing premium “Toro” fatty tuna, salmon, potted native lobster, seared wagyu and roasted beetroot to be piled on crispy rice bites. If you’re not so in to the DIY then there’s also ready made dishes available for delivery.

We’ve tried a lot of the deliveries during lockdown and sometimes the more ‘high-end’ ones try to get a bit too clever and it doesn’t quite work. We’re happy to say Musette was a big success, striking the all important balance between creating interesting dishes and making it easy to prepare them at home – in fact we’d say it was nearly on a par with our absolute favourite and lockdown award winner José Pizarro. Musette has two seasonal menus to choose from, a three-course Makeaway and a two-course Sumptuous Sharer. There’s a printed recipe with each dish and also a QR code to scan which takes you straight to a video of how to prepare it at home if you’d rather do it that way. Musette is one of the more expensive delivery options around, but the quality of what you get makes it totally worth it for when you need something a bit special.

You may not be able to go to Spain right now (or even a Spanish restaurant) but you can still celebrate Spanish-style by knocking up this tapas feast from Sabor. This Counter Box includes some of the Michelin-starred restaurant’s bestsellers like ham croquetas, tortilla, gambas al ajillo and presa iberica with mojo verde as well as two bottles of beer. And you can even watch a cookery tutorial from Nieves Barragán Mohacho when you put it all together.