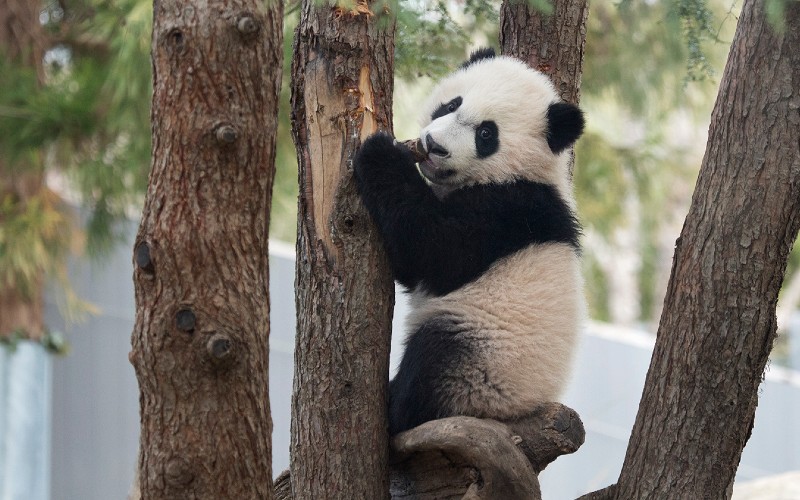 Zoos around the world have closed for visitors during the virus outbreak but all the animals are still going about their business as usual. And we can see what they’re up to thanks to live webcam feeds – you can check out everything from jellyfish swimming in the Pacific to snow leopard cubs frolicking down under. Remember a lot of these feeds are operating in different time zones, so you may well be faced with a dark screen or a bunch of animals sleeping when you tune in.

Feel yourself relax as you watch the gentle manatees slowly drift around in Homosassa Springs, sometimes coming right up close to the camera.

As well as checking out the tigers, you can watch live streams of koalas, pandas and penguins at Edinburgh Zoo.

Watch giant pandas Tian Tian and Mei Xiang play in the trees, munch on bamboo and generally bumble about with each other.

Watch the herd of Asian elephants, including matriarch Bernhardine, her sister Yasmin and the calves, kick about at the zoo’s Kaziranga Forest Trail. They also have a live feed of their African Savanna habitat with giraffes, rhinos, ostrich and zebras.

Open up one of the aquarium’s live camera feeds and check out what’s going on under the water. You can watch sea otters frolicking, drifting jellyfish, tuna and turtles in the open ocean, sharks, penguins and more.

There are two live feeds of the snow leopard cubs born to Miska and dad Kang-Ju this January, so if you can’t see them outdoors, switch to the nest box cam. You can also check out penguin, lion, zebra and giraffe feeds.

There’s a live feed from the tundra habitat at the zoo so you can see the polar bears in action as well as cameras on baboons, apes, giraffes, condors, elephants and tigers.