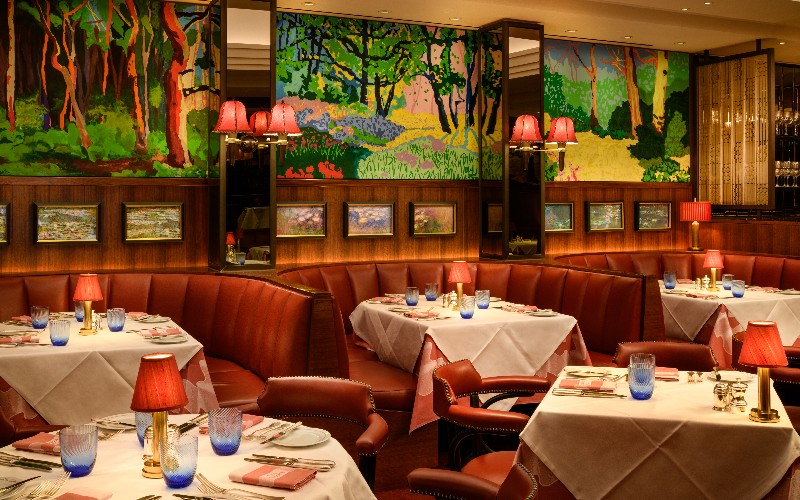 The Beaumont hotel in Mayfair has been having a little makeover and now it’s ready to relaunch The Colony Grill Room and Le Magritte bar. The Colony Grill Room still has that 1920s feel but with the addition of new large scale murals on the walls and a new head chef in the kitchen. Ben Boeynaems (ex-Petrus, The Goring and The Zetter Group) has created new dishes like raw Orkney scallop with Waldorf salad; monkfish wellington with roast celeriac, braised salsify and hen-of-the-wood mushroom; Scottish Gigha halibut with buttered Dorset crab, saffron gnocchi & crab bisque; and sunchoke risotto with sunflower seed & truffle pesto to join Colony Grill faves like Dover sole meunière and ice cream sundaes.

Not only does Le Magritte have new interiors, it’s been moved to a totally different part of the hotel and has had a terrace overlooking Brown Hart Gardens added to it too. In-keeping with the 1920s New York vibe, the new-look space will serve up bourbons, American whiskies and classic cocktails as well as caviar, oysters and American bites like French toast with bacon & truffle and corndogs with stout mustard.