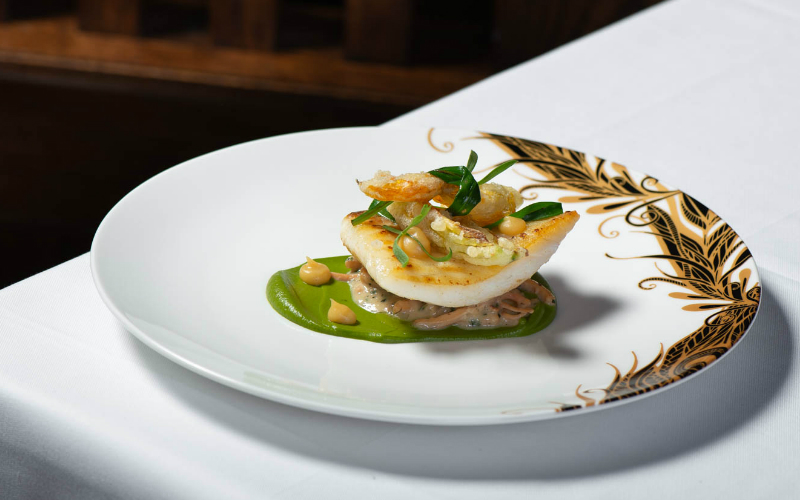 The Baptist, the restaurant inside the new (and very decadent) Holborn hotel L’oscar has officially opened its doors and it looks pretty swanky. It’s housed on a mezzanine level up in the octagonal domed chapel of L’oscar, itself a former Baptist Church Headquarters built in 1903, hence the name.

Tony Fleming (previously of Michelin-starred Angler) is in charge in the kitchen, and he’s designed a sophisticated European menu that more than matches the surroundings. Dishes include coronation crab salad with pickled lime, Cornish rib of beef with snails, rabbit tart with prunes, and strawberry parfait with basil sorbet, and there’s also a strong French wine list to choose from too. If you want even more drama with your meal, you’re in luck because there’s plenty of table-side service happening at The Baptist.

The hotel will also be home to Café L’oscar, a slighty more casual affair open for breakfast, lunch and dinner – we are particularly liking the sound of beeef cheek donuts but, the buttermilk fried baby chicken doesn’t sound half bad either. Amen to that.