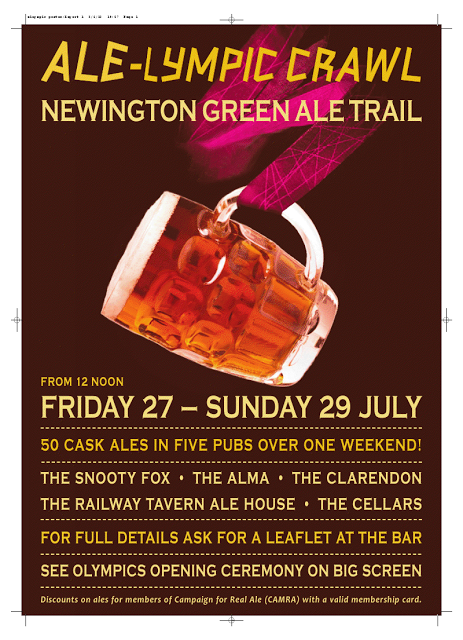 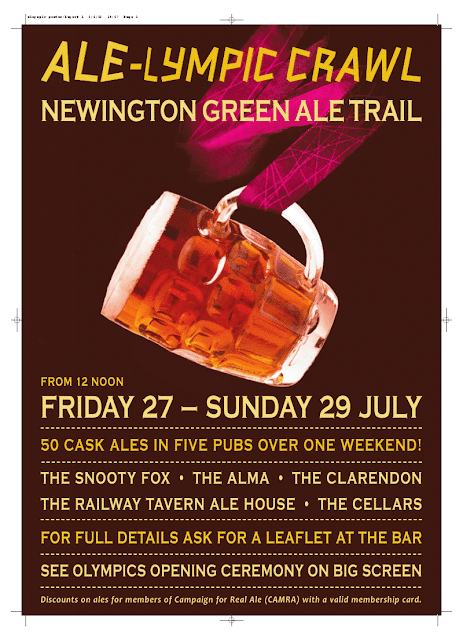 If you’re not much of a runner, javelin thrower or gymnast but do enjoy a great tasting beer then this is the thing for you too. Can u think of a better way to watch the opening ceremony than on a big screen sipping a cold beer with a group of mates? Well then get down to Newington Green where from 12 noon on the day of the opening ceremony there will be 50 cask ales available from one of five pubs which thankfully, are all within five minutes walk from one and other (cause lets face it by the sounds of things it’s more likely that it’s going to involve staggering then walking!).

The 50 beers which are available have been hand selected from the length and breadth of Great Britain to represent the best of local ale, new season specials and international hop ranges meaning that whether you’re a white beer or a dark stout kind of person you’ll definitely find at least one to your liking! Yes, if you didn’t manage to get your hands on any Olympic tickets get on down to the ale-ympic crawl and drown your sorrows in true Brit style!