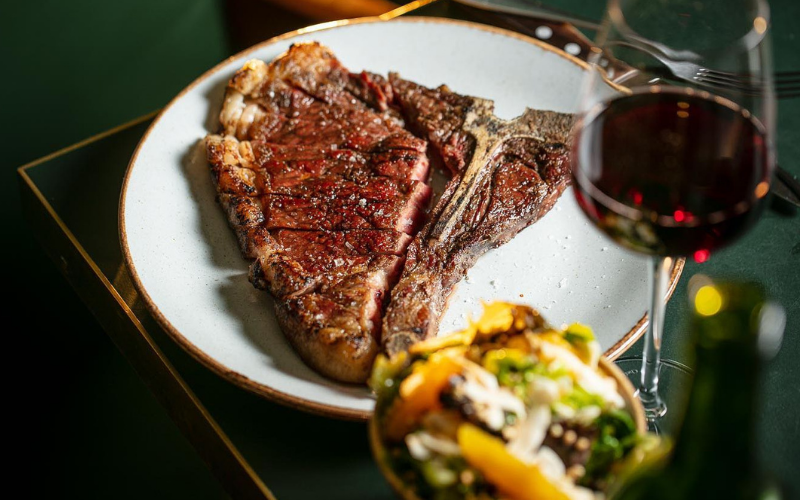 It’s been four years since the temper group opened a new restaurant (in which time co-founder Neil Rankin has left) but now their empire is expanding once more with a fourth site (the others are in Soho, Covent Garden and the City) coming to Shoreditch this September. The other locations originally opened with different concepts and menus – there was pizza in Covent Garden and curry in the City – but now all three stick to the same formula of open fire cooking and a menu of tacos (including the excellent cheeseburger tacos), steaks from rare-breed British cattle, and bottomless barbecue brunch.

The new Shoreditch spot will follow suit, serving up meat, most of which is butchered in-house, cooked over fire, with dishes like smoked brisket, pit-roasted clam, anchovy & beef fat mayo tacos; whole duck carnitas with picked kumquats & homemade paratha; and smoked beef rib with Korean sweet & sour barbecue sauce, as well as that bottomless brunch and Sunday roast featuring pulled lamb shoulder, roast aged beef and smoked pork belly with all the trimmings. The split-level site will also have a cocktail bar on the ground floor, so you’ll be able to sip on mezcals and cocktails like Lychilli Margarita with Tabasco & lychee juice and the Smoked Pineapple & Shiso Smash with aged rum, shiso leaf and house-made spiced smoked pineapple jam.