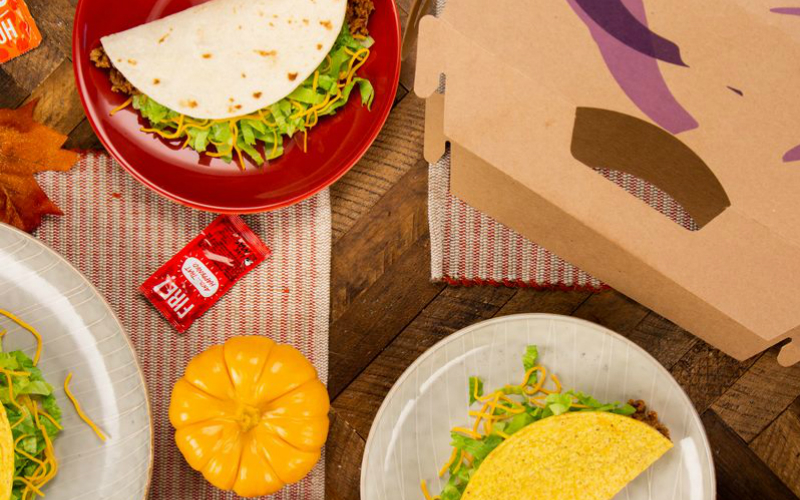 Taco Bell is opening a string of new restaurants in London, the first since the one in the West End and one in Earl’s Court both closed in the mid-nineties. The Hammersmith site is first up, opening on 23rd November with branches in Holborn (opening 30th November), Fulham (opening 7th December) and Croydon (opening 21st December) all to follow.

Loads of the Taco Bell faves like the Crunchwrap Supreme, Crunchy Taco, Grilled Stuft Burrito and the Big Bell Box will all be on offer, as will their famous Taco Tuesday deal of one taco and one Sol beer for £2. Now you don’t have to hop across the pond to get your Taco Bell fix.

For even more tasty stories, competitions and offers, sign up to the LOTI weekly newsletter.

Get Me There
November 12, 2018 by christina
eat + drink, hammersmith, tacos