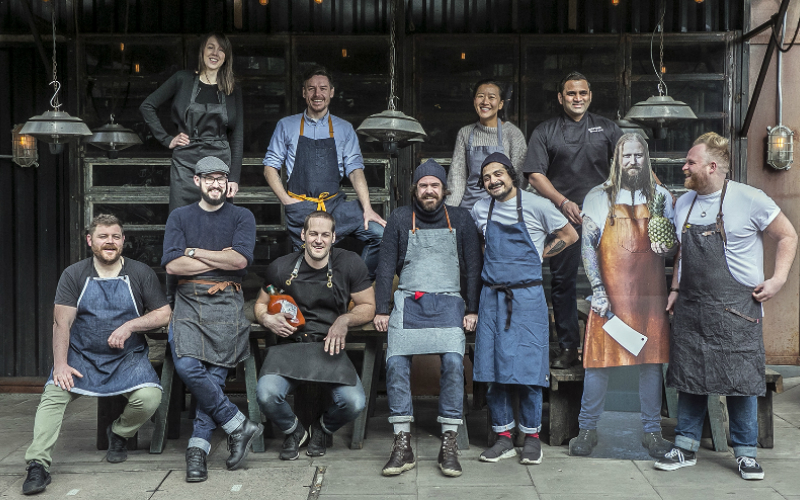 Tabasco is celebrating its 150th anniversary this year so naturally they’re throwing a big ol’ party on May 11 packed with food and music. Taking over a private east London location, the Global Kitchen will be set up like a night market with a range of chefs, bars and restaurants dishing up the food and drink – and there’s a killer line up.

AngloThai, Bubbledogs, Gunpowder, Jinjuu, Nonna’s Gelato, Oyster Boy, Salon, and The Vurger Co are just some of the names involved, with Smokestak and Breddos creating a special mash-up dish for the occasion. Andrew Clarke of Brunswick House and Shaun Whitmore of Berber + Q Grill House will also be going head-to-head over a BBQ, cooking up Japanese kushiyaki and a Middle-Eastern mangal respectively.

Guests will have the chance to check out Avery Island, Louisiana, the place where Tabasco is made, thanks to an experience brought over by members of the McIlhenny family, the people behind the sauce.

Although it’s a private shindig, a portion of tickets have been set aside for the public and we’re giving away ten of them. If you wanna nab one of five pairs of tickets, just like the LOTI Facebook page and comment on the competition post with ‘I heart hot sauce’ to be in with a chance.

Terms & Conditions
This competition closes on Tues 8th May 2018 at midnight.
There are five pairs of tickets, ten in total, up for grabs so five winners will receive two each.
To enter, you must like the LOTI Facebook page and comment on the post.
The winners will be contacted via Facebook, if there is no response within 24hrs a new winner will be chosen.