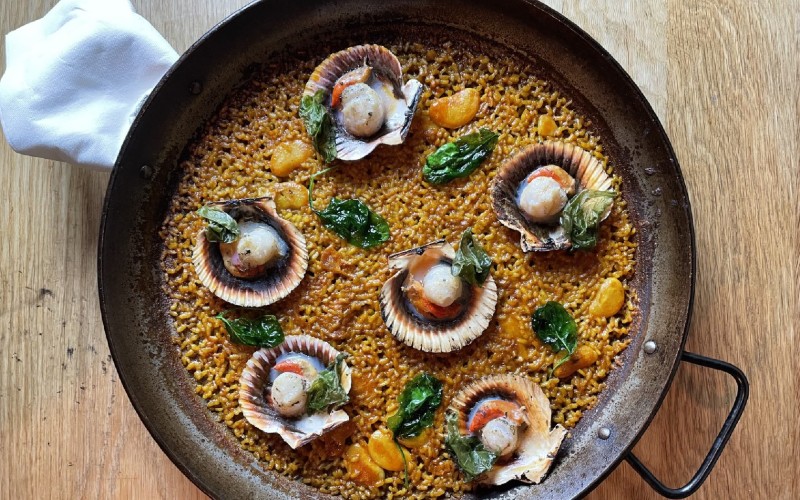 Quique Dacosta has pledged to champion British produce at his paella restaurant Arros QD this spring by creating British-Valencian hybrid paellas and he’s kicking things off with a live cookalong with head chef Richard de la Cruz. The pair will be showing you how to make Cornish Queen Scallop Rice as well as explaining the concept behind the dish and why it’s important to support British suppliers. Tickets start at £68 and include all the ingredients to make the dish for two, with add-ons including a paella pan and specially paired British wine also available. Richard will host subsequent cookalongs showcasing the other hybrid paellas of Berkshire Pork Belly Rice, Morel & Wild Garlic Rice and Northumberland Halibut Rice, with all four of them also going on the Arros QD restaurant menu when it reopens for outdoor dining in April.