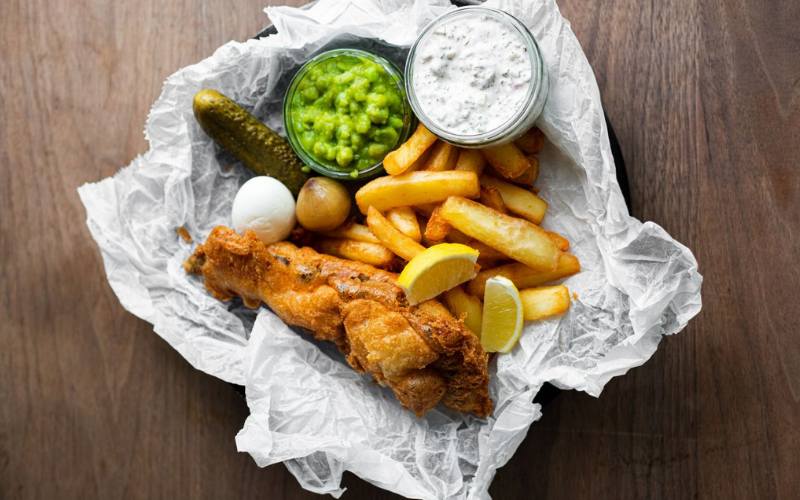 He made his name as one of the UK’s best fish suppliers with Henderson’s and now Shaun Henderson is heading over to the other side and opening a restaurant in partnership with Chef Neil Wager, who has huge experience working in Michelin-starred restaurants all around the world over the past 34 years. Off The Hook which is opening in Wapping in January, will include a seafood restaurant, fish & chip takeaway and fish butchery, showcasing an age drying process. As Henderson’s is big on sustainability, so too will Off The Hook; they’re going to have fully traceable fish, right back to the fisherman who caught it, how it was caught and when it arrived in London.

The fish & chip shop will be Off The Hook’s take on a classic chippie, with battered hake & chips, crab on chips, lobster rolls, and crab mac & cheese available to takeaway. And if you want even more fish to have at home, a daily selection of seafood will be on offer in the fish butchery.