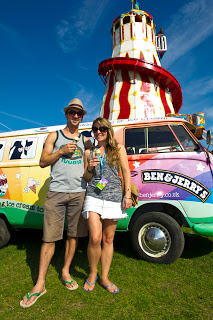 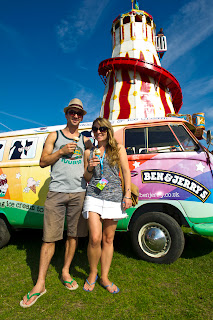 For the adults there was a selection of live music – Gary Numan kicked off his set to what was our second ice-cream, cherry garcia frozen yogurt – very nice! Gary went down a treat his hit “Cars” had the crowd up on their feet dancing and singing. To counter act the sugar we ate chick pea salads before heading back to the stage to catch Maximo Park with jug of Pimms. After watching Paul Smith storm the stage, there was time for one more ice-cream before we headed off into the sunset……

Whilst it may not be the most rock’n’roll festival Sundae is a great choice for families and the FREE ice-cream is always a bonus. Roll on next year!