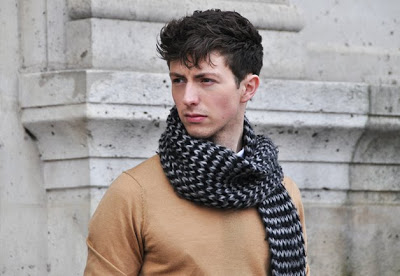 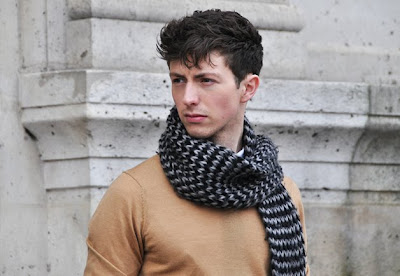 > 2 – Should definitely keep an eye out for Domingo Rodriguez, he has
> the fine attention to detail, careful choice of fabrics and perfect
> fits that can make something as simple as a white long sleeved top
> something more of a special wardrobe item. He isn’t stocked at many
> places yet (ASOS & Wolf & Badger) making him quite under the radar at
> the moment, but that’s I like, not everyone will know his collection
> yet so you feel like you’ve found an hidden treasure.
>
> 3 – A bit of a jump in style and designer but I think coloured
> trousers are picking up in menswear, especially for A/W, I get sick of
> seeing fashion black anyway, so when winter comes its even more
> tiring! D&G for their fall collection did some amazing trousers in
> blues, reds and greens that all paid homage to the Coca Cola
> anniversary and Mickey Mouse.
>
> 4 – I’m more of a Soho hanger than east, so I tend to go to places
> like the Green Carnation which doesn’t have any of the campness that a
> lot of the bars have in Soho. It also has 2 for 1 cocktails between
> 4-7 so its great for a little pick me up after work! When it comes to
> going out I go room service on Thursdays, its hosted by Jodie Harsh
> and has some great dj’s like Kris Di Angelis.
>
> 5 – Im really bad with stuff like this, I always tend to go to the
> same place as I’m always worried that if I try somewhere new I wont
> like it! So I tend to go to either Balans, Busaba Eathai or Ping Pong,
> but for a mean roast dinner I love the Fentiman & Arms by
> Oval/Vauxhall or the Bull and Bush in Hampstead.
>
>
> hope that’s ok!
>
> C x
>