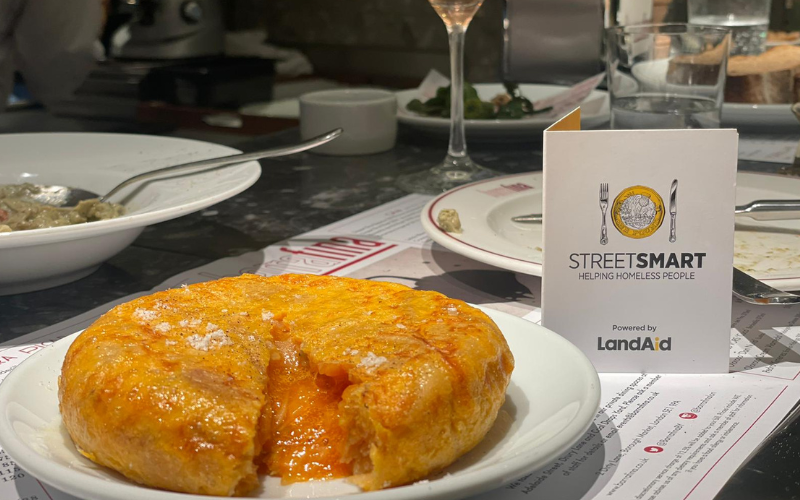 The charity StreetSmart, which has raised over £11.2 million since it was founded in 1998, has launched its annual restaurant fundraiser to raise money to support people sleeping rough. So how does it work? Restaurants taking part in the initiative will add a voluntary £1 to your bill, with every penny going towards tackling homelessness in the UK. 50 charities get supported with the money, which funds the creation of beds, housing, mental health support and training and job support.

There are over 540 restaurants signed up for the scheme including Barrafina, Gymkhana, Brutto, Manteca, Endo at Rotunda, Caravel, MEATliquor and St John. Lets face it, if you’re out for dinner in the capital you’ve probably got a quid to spare for charity. As chef Jeremy Lee says “StreetSmart’s secret is that it’s dead simple. Today we can feel far too busy and serious to do anything, but with this tiny effort you can end up with a large lump sum after Christmas. It’s a small gesture for a big problem.”