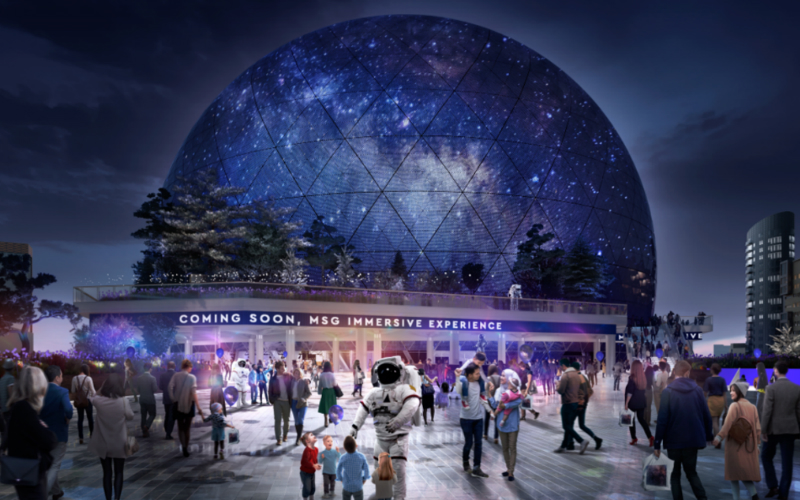 Is it a bird? Is it a planet? No it’s a music venue, and it’s coming to Stratford courtesy of the Madison Square Garden Company, and the first stage of the planning application has been approved by the London Legacy Development Corporation. The MSG Sphere as it will be formerly known (though it’s been called the planet and the crystal ball so far) will sit on an old lorry car park by Westfield and it’ll be state-of-the-art.

Not only will it be bigger than the O2 with a capacity of 21,500 but it’ll have the world’s largest and highest resolution LED screen and an audio system that’ll provide supreme sound wherever you are inside the arena, and people on the outside will be treated to a show too with the exterior functioning as a giant display. The ball won’t be dropping any time soon though as it still needs the green light from the Mayor of London, but if it goes ahead MSG is predicting the creation of thousands of jobs and some hefty revenue for the city, although lots of Stratford residents are less than thrilled about it. Let’s see how this one pans out.