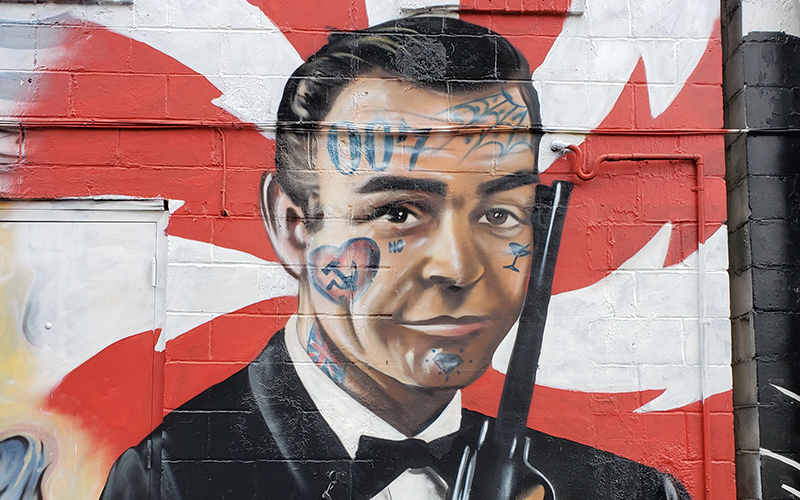 In the 60 or so years since Dr No, James Bond has been through several changes, and not just in terms of his face. Yet even more has remained the same. The Walther PPK, the Aston Martin and of course, the vodka martini as he holds court at the roulette wheel or the baccarat table.

London has plenty of casinos, but if you stroll into, let’s say, the Hippodrome on Leicester Square, it is as far removed from the world of bow ties, martinis and rouge et noir as the instant withdrawal casinos UK that you can find online. Venture a little deeper into Mayfair, however, and it’s another story.

Curzon Street regularly features in the works of Ian Fleming, and before him was often mentioned by the likes of Agatha Christie and even Charles Dickens. It’s just the sort of place where rakish gents rocked their dinner jackets and ladies showed off the timeless style of the little black dress. Venture along to No. 28 and you might still meet some of them to this day.

Back in Ian Fleming’s time, there was no Playboy Club or Stringfellows. Asper’s was the place to be. Today, John Aspinall is remembered for his conservation work and for being ahead of his time with zoos that put animal welfare ahead of customer entertainment. But in the 1960s, he was a casino pioneer. Charged with running an illegal gaming house in the late 1950s, he refused to lie down and instead managed to get the law changed. He first opened the Clermont Club, on Berkeley Square, and then The Elephant, which was initially a fine dining restaurant and later became Aspinall’s Casino, just around the corner on Curzon Street.

A step back in time

Today, Aspinall’s is owned by Australian casino chain Crown Resorts. However, they have wisely chosen to resist any temptation to mess with a winning formula. Everyone still calls it Aspinalls, and the gaming rooms feel more like salons in a private home than a casino in today’s sense of the word. No noisy slot games here, but there’s a wide range of traditional table games such as blackjack, baccarat, 3-card poker and roulette.

Aspinall’s still has a great reputation as a place to eat, too, and even offers “dining membership” for those who are not interested in the gaming. 27 Restaurant & Bar offers a diverse choice of international dishes, all prepared using local and freshly sourced produce.

Want to join the club? It will cost you £1,000 for gaming membership, but its free to become a dining member. There’s no better place to take a step back in time, so dust off that DJ!