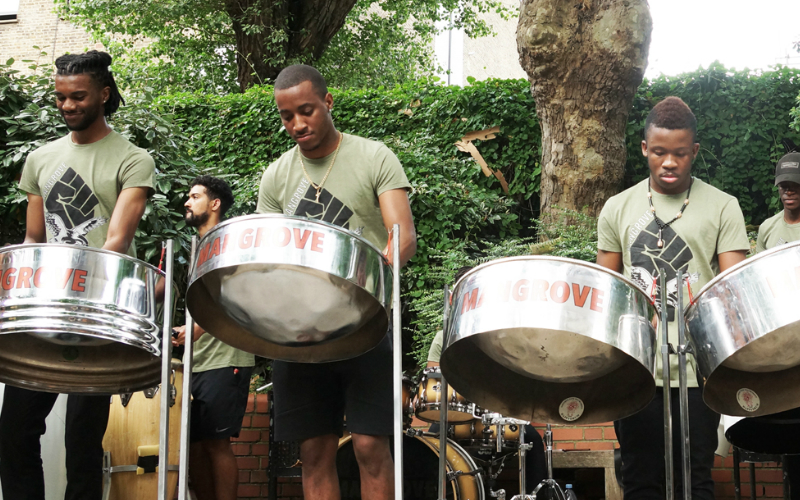 The sound of steel pans is one of the unmistakable sounds of Carnival. Introduced to the British public in the early 1950s – they were shown on the BBC in 1950 and in 1951 The Trinidad All Steel Percussion Orchestra (TASPO) played the Festival of Britain – steel pans have been part of Carnival since it began. In 1964, the Russell Henderson Calypso Band played steel pans at Rhuane Laslett’s event on Tavistock Road, with the players putting the pans around their necks so they could walk and play, allowing people to join them in a parade.

Panorama is the annual steel band competition that takes place before Carnival – it’s on 27th August this year at Emslie Horniman Pleasance Park. It’s one of the largest competitions of its kind outside of the Caribbean, with bands competing to win, each playing a ten-minute piece from memory. It’s an open-air event and a great way to hear the pans in all their glory.