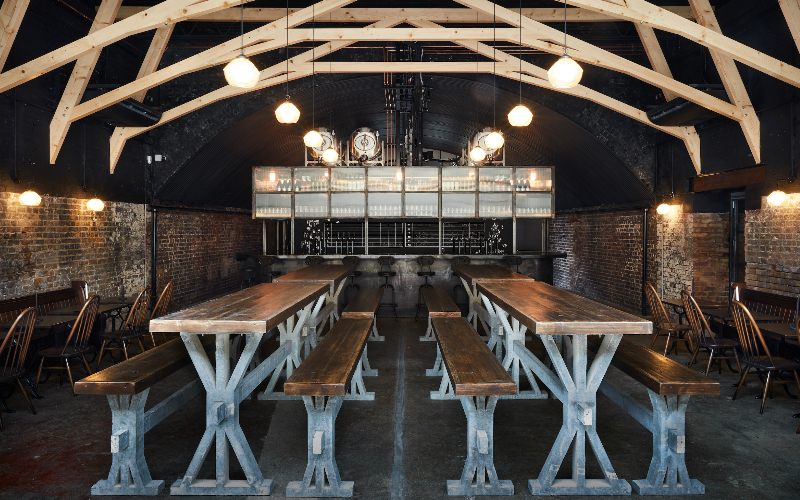 Craft brewery, bar and restaurant St John at Hackney Brewery is opening in two arches under the overground near Hackney Central this June. Founded by brewer Ryan Robbins and Luke Scanlon, who’s been involved with St John at Hackney Church, the brewery will exist in two parts; one arch will house all the brewing equipment whilst the second one will be home to the bar and kitchen with a large al fresco terrace. As well as fresh beer from the brewery tanks, the bar will also feature beer from around the world as well as a considered wine list. A series of residents will take over the kitchen and first up is Ela, which is all about Greek Cypriot food, so expect small plates, kebabs, fresh pitas and sides like orzo with anari and Cypriot cabbage salad. St John at Hackney Brewery is the first of the food and drink operators planned for the once-deserted arches and it sounds like the area is getting off to a great start.