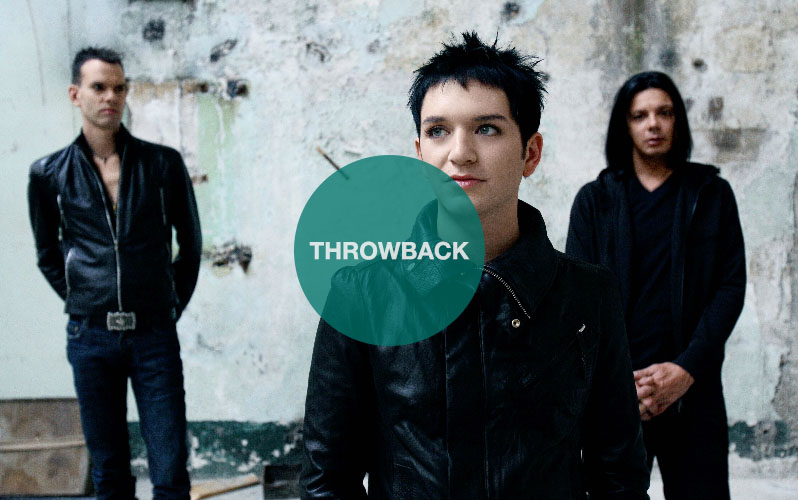 What is a Placebo effect? Well, if you revisit Placebo’s eponymous first album again, 20 years after its release as we’re doing now, it will be tingles up the spine, a fluttering of the heart as you fall in love with Brian Molko’s voice all over again, and a dizzying of the senses as their pretty unique take on punk, pop and rock stirs you up like a national referendum.

Placebo – Placebo debuted in June 1996 and 20 years down the line, as we Spotify Throwback Thursday it to the masses, can safely say that it’s an album of raw intent that’s loud and beautiful in turns. In 1996, Prince and Bowie won at the Brits, Oasis were riding the zeitgeist-y crest of Britpop and Suede were three years past their first album. Who were Placebo? Well, like Suede they played on gender fluidity, but instead of Suede’s quintessentially British approach, Brian Molko took it a tad further – Lipstick, black dresses, make-up, Goth outfits, cross-dressing and that sexy, sardonic and snarling voice that made you question all kinds of things.

Obvs, the visual style of the band was a great hook (in contrast to today’s vanilla landscape) but it was Nancy Boy that really shook the audience by the scruff of its neck with a narrative driven tune that was pretty sleazy and quietly intense (and, with an awesome chorus). The lyrics almost feel like a separate entity for the album, but complement the visceral production completely; they’re raw yet beautiful, but the music is like a juggernaut of power riffs at times with amazing drumming and powerful basslines.

On Come Down, ‘the sky is blue, not for me and you’, Teenage Angst – ‘since I was born I started to decay’ and on I know – ‘…you want the sin and not the sinner’. It could almost be a very…Catholic taunting lyric book. Throughout, Brian’s voice is whiney, but not grating, angry, yet direct. Androgynous and non-conforming to a typical rock/punk delivery. It was the only album that Robert Schultzberg drummed on, but wow. Lovely little jazzy fills and trills here and there, powerhouse bashing when needed. He was the consummate backbone for the band, if only for one glorious album.

The guitars shred and drone, but with a slight departure from quiet/loud, manages somehow to be both at the same time. There were 5 singles from an amazing album that addresses sexuality, drug use, just…life in a darkly poetic and reflective way which now, puts today’s pretenders in the shade.