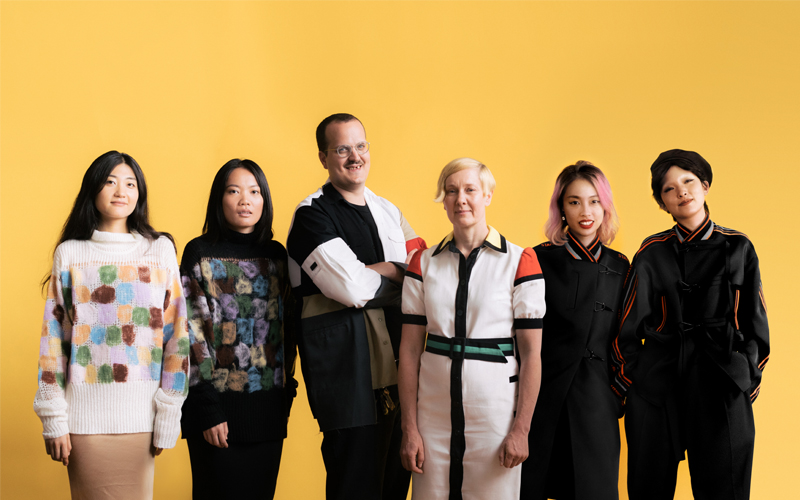 If any car could be said to encapsulate style and cool, it’s MINI. Which is why for the past three years they’ve been able to pull of an exclusive capsule fashion collection, working with some of the best designers around the world. This year, for their fourth collection, MINI Fashion has collaborated with The Woolmark Company and four hot new names in fashion, namely Liam Hodges (UK), Staffonly (China), PH5 (USA) and Rike Feurstein (Germany) to create their capsule collection. Titled Field Notes, each designer has chosen a city as an inspiration for their designs, all of which use wool as part of the design.

Being based in both London and New York ourselves, we are particularly into Liam’s designs, as he’s a Londoner taking inspiration from NYC, and we can definitely relate to what he say about arriving in New York: “Although everything was new and exciting, I had the feeling I’d been there before – a sort of déjà vu. It was almost uncanny.” You may well have this same feeling when you look at his pieces, as they combine the very familiar, jeans and denim jackets, but given a new twist through the use of wool.

We’re also loving Staffonly, who’ve taken our very own Greenwich Park as inspiration, with its tranquillity and incredible views. You may even spot a little nod to both the Meridian Line and the bonnet lines on the MINI, in the stripes that run down the side of their jackets.

Elsewhere, PH5 took the Art Deco district of Miami Beach as inspiration, while Rike was bowled over by the Catherine Palace in St Petersburg. The limited-edition collection will be available to buy online this autumn.

This post has been sponsored by MINI, but all thoughts are our own.