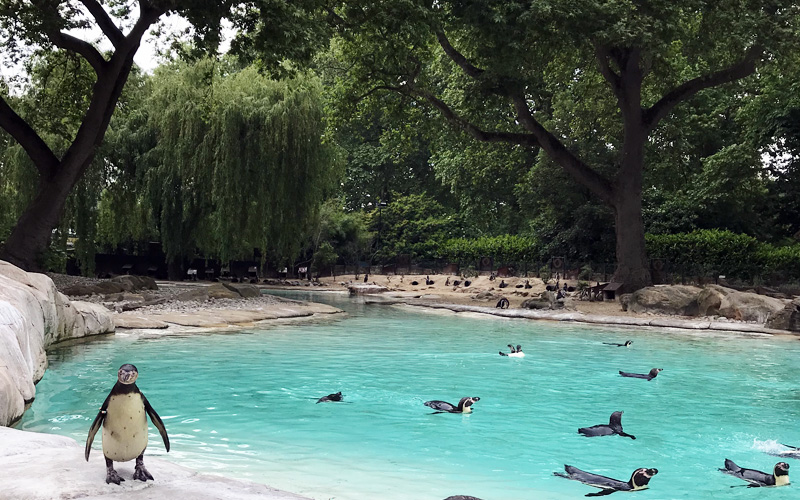 There’s a childlike sense of excitement that comes flooding over us as the announcement comes over the tannoy telling London Zoo visitors it’s closing time. The regular people are leaving, the punters are being asked to make their way to the exit…but not us. Nope, we casually stroll past the flamingos, the penguin pool, we could meander into Africa if we decided too. For that night we are a guest of the zoo, sleeping in a lodge inside the Land of the Lions area and are able to get behind the scenes and go on after-dark tours to meet some of the animals that venture out at night.

The digs are pretty little one bedroom, one bathroom, cabin-come-lodges all named after animals in the Gir National Park in India, the inspiration behind the look of the Land of the Lions. The lodges look like a miniature American town with a picket fence and everything. Comfortable enough for a night you get a decent-sized bed, a kettle, water, a little sofa and a table and chair on your own little wooden terrace where you can sit and listen to the animals. We could hear gibbons whooping, lions chuffing, birds squawking and a peacock on heat making a bit of a fool of himself.

There are three keepers to show you around, one of whom also stays overnight in case things get a little Jumanji, and then we meet the lions from India…yes there are lions in India, fact. Google it. Smaller than the African lion, these cats sleep 20 hours a day in their small but very tight pack, made up of Indi, Rubi, Heidi and the impressive male, Banhu. 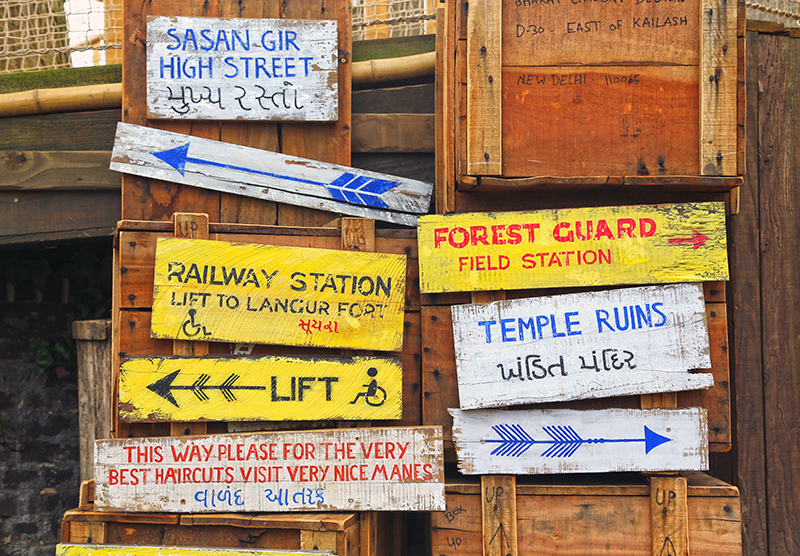 We learn about enrichment, the ways the keepers stimulate the animals to make them work for their food or mimic similar situations in the wild so they form the same behaviours. We also learn that anyone in a green shirt (aka the ZSL uniform) is considered to be a god by almost every mammal in the zoo…for they are the giver of food. We are wearing white and are not a god. Sigh.

With a glass of prosecco, we go for a wander. It’s quite surreal, the sun is starting to drop, the sky is beginning to show hints of pink and there is literally no one else around. We meet feed the bearded pigs and wild dogs and learn a little about their quirks, like how wild dogs will naturally seek out the weak and often follow children down the side of their enclosure. It’s all completely normal wild dog behaviour, even if it is a little eerie and slightly amusing.

Dinner for the evening is in the Prince Albert Suite where we share a huge dining table for a buffet style feast of chicken, veggies and roast potatoes followed by chocolate brownies and cheese and crackers. Conversation tackles everything from animal conservation to attention-seeking monkeys to transporting snails to French Polynesia to reintroduce the now extinct species back into the wild to the fact that the front teeth on rodents never stop growing and that the porcupines at ZSL London Zoo are all named after 70s metal bands.

In the keeper’s kitchens we see blackboards full of dietary requirements, who’s on what meds, who’s getting ice pops and that the gorillas are in for a treat with ice cream on Friday. Here we play a hand in some further enrichment, filling boomer balls full of pellets that look like chalk but bearded pigs find delicious. There is also a little game for the tigers where hay is taken from the bearded pig’s den, wrapped in sheeting and tied together with rope. Apparently the tigers love it and they go off to investigate where this intriguing intruder might be hiding. This all happens in the morning before the keepers open up the zoo for the public.

Speaking of morning, how about lions as your wake-up call? It’s an amazing experience that’s worth rubbing the sleep away from our eyes and trying to engage the brain in what is actually happening. The deep call of the male lion Banhu is one of the best things ever. 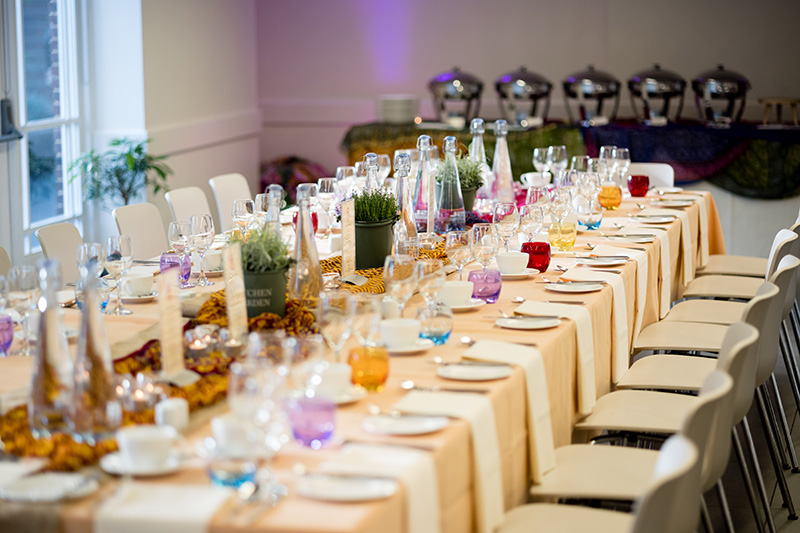 Breakfast is in the zoo’s restaurant where workers and staff members begin to appear before heading out to throw in the boomer balls to the bearded pigs. One in the moat, one in the pool but London On The Inside saves the day with a beautiful whip over the fence for a safe landing where the tail-wagging pigs begin to roll this along the floor, leaving a path of treats for them to scoff up. Breakfast is served.

And that’s where our time at the zoo – the behind-the-scenes fun bits anyway – draws to a close. For anyone vaguely interested in animals or looking for an alternative zoo experience, this is it. 100% great.

Prices from £378 per lodge for two adults sharing.