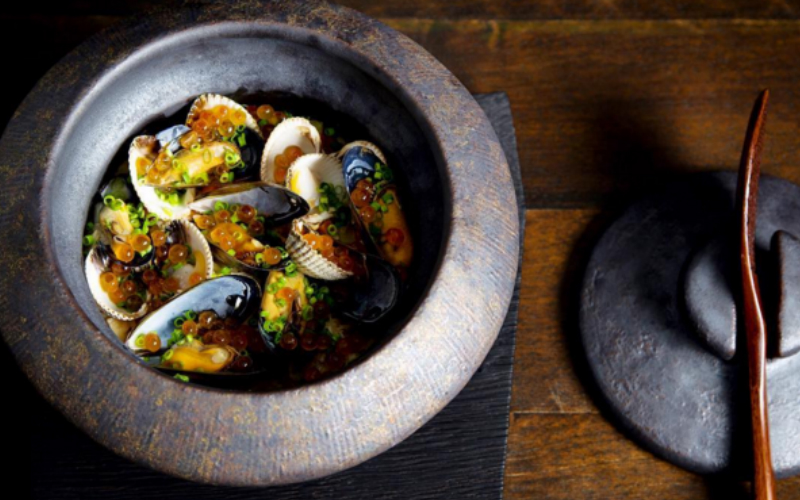 Jason Atherton – the man behind Berners Tavern, City Social and many other great London restaurants is expanding his empire with Sosharu, a new Japanese joint opening in Clerkenwell in March. Executive Head Chef Alex Craciun has made the move from Pollen Street Social, via a a stint in Japan, to Sosharu, where he’ll be serving up small plates of different specialities, including sashimi, tempura, temkai and hibachi grill. With dishes like bream sashimi, chashu pork belly and king oyster, sukiyaki wagyu beef, and apple pie with miso butterscotch, sampling all the sections is the way to go.

As well as the casual cuisine of the main restaurant, Sosharu will also have its own separate fine dining space called Kisetsu, based on the omakase style of eating…that means a daily changing bespoke menu specially created by Craciun, served at the kitchen counter. With traditional minka decor in the restaurant and the basement cocktail bar Seven Tales evoking night time in Tokyo, Sosharu is sure to become the destination for Japanese dining in the city.