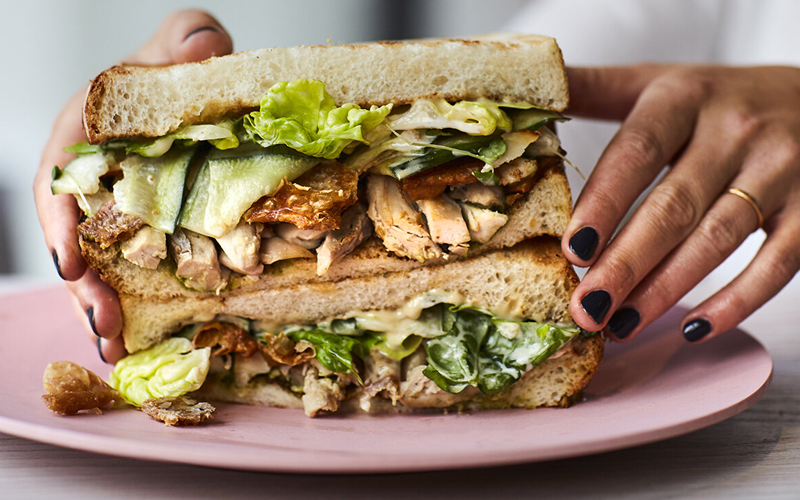 Hot on the heels of news that deli-style sarnies are heading for Holborn with the arrival of Dollars at Rondo La Cave, is more sandwich-based goodness as Sons+Daughters will be bringing their doorstop-sized sarnies to Borough Market. The S+D crew, who sling some of the best sandwiches in London over in Coal Drops Yard, will be taking over the old Stoney Street by 26 Grains site this September, and whilst we don’t have a confirmed menu yet, we’d expect a couple of newbies as well as many of the classics to make the journey south of the river.

Those include the Chicken S+Dwich, with roasted chicken, soy-cured parmesan, pickled cucumber, gem lettuce, miso mayo and green sauce on white bloomer; the Prawn S+Dwich with prawns, cabbage, prawn crackers, jalapeno & pickled ginger vinaigrette and mayo on granary bread: and the Egg Salad S+Dwich with eggs & miso mayo, truffle crisps and salad cress on white bloomer. Given that you can also get soft serve ice cream, Climpsons coffee, milkshakes and a handful of beers, wines and cocktails in King’s Cross, we should be seeing them in Borough too.