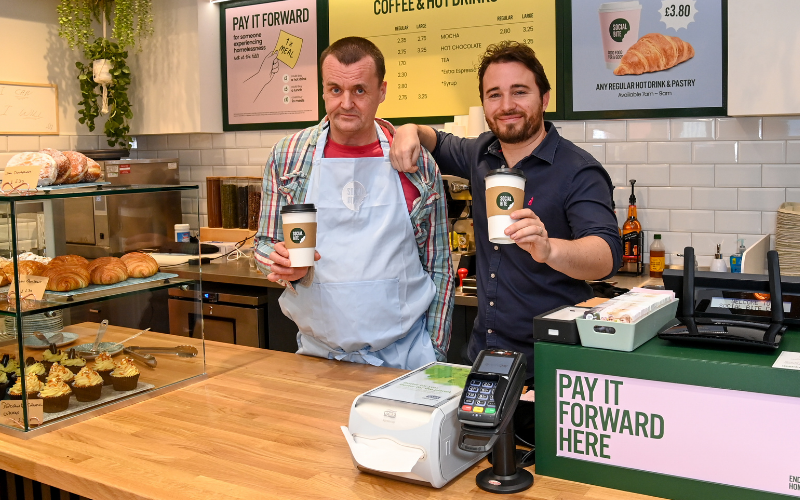 Social enterprise Social Bite already has five coffee shops up and running in three Scottish cities, and now they’ve come down south and opened one up in the capital. Founded by Josh Littlejohn and Alice Thompson in 2012, Social Bite is working to end homelessness by employing people from the homeless community, aiming for one in four staff members to come from a background of homelessness. The cafe is also operating a pay-it-forward scheme where customers can buy additional hot drinks and food in advance for someone who is homeless to redeem later.

Social Bite aims to give away 180,000 free items of food and drink a year, having provided more than 800,000 food packs during the pandemic alone. With the new London site located in Westminster, which has the highest rates of rough sleepers in the whole of England, hopefully, they’ll be able to make a real difference.