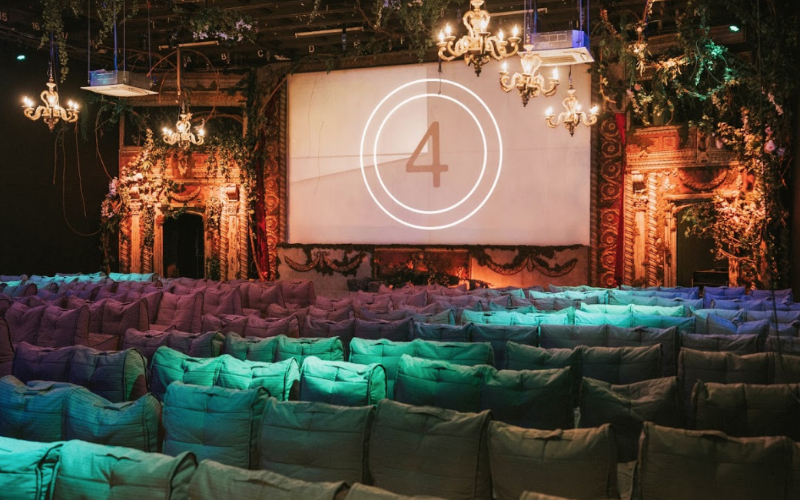 Winter is coming and Backyard Cinema is ready with their latest immersive cinema season at their brand new home Capital Studios. The Wandsworth venue has been transformed into a cosy winter hangout with street food from Honest Burgers and Mother Clucker and a Gispy Hill Brewing Co taproom. As well as the Winter Night Garden, the enchanted forest hidden behind a magical wardrobe entrance, Backyard Cinema has also brought back The Snow Kingdom, where you have to find the secret underground passageway and make it through the magical ball pit river to the screening space.

Both experiences have beanbags and blankets to kick back with and you can catch a range of films, including Aladdin, Rocketman, The Lion King, The Greatest Showman and Dirty Dancing, as well as Christmas classics like Home Alone, Elf, Love Actually and The Holiday. Ready to start feeling festive?

Get Me There
October 28, 2019 by christina
backyard cinema, Movies, what's on