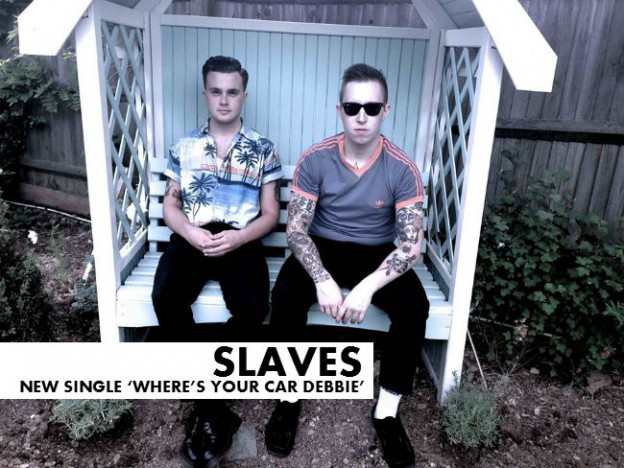 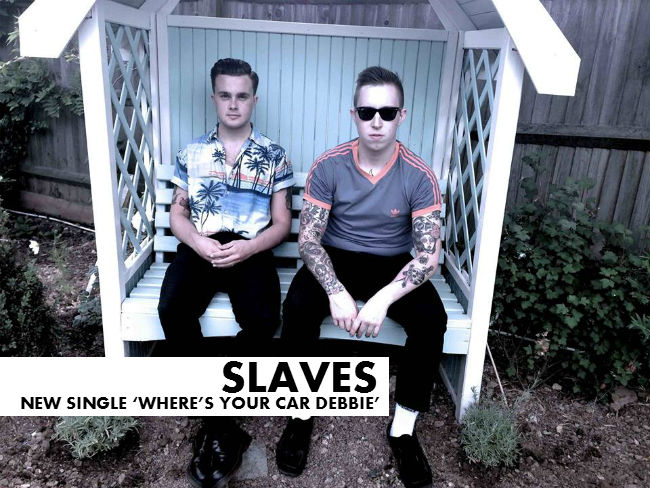 Released through Foothill Records, ‘Where’s Your Car Debbie’ is shouty, short and snappy at just two minutes and twenty seconds and is best described as a ‘howl of fear’ as the guys get lost in some scary woods, get stalked by a Sasquatch/Bigfoot and desperately attempt to find their friend Debbie’s car. As drummer and vocalist Isaac Holman explains the deal: “We had agreed to walk Debbie back to her car and the song is about being very, very scared of bumping into Bigfoot. We’ve had the song in our set for a while now and it has got some good attention live. I’m really excited to see what people think of the recorded version, I hope Debbie is alright with it too.” We’re sure she is.

So far, Slaves have been picking up a lot of radio attention and have played alongside Drenge, Andrew WK, Vuvuvulters and The Skints, and their upcoming February trek with PUP should cement their standing as one of the most promising up-and-comers in the UK. Check them out on the following dates: