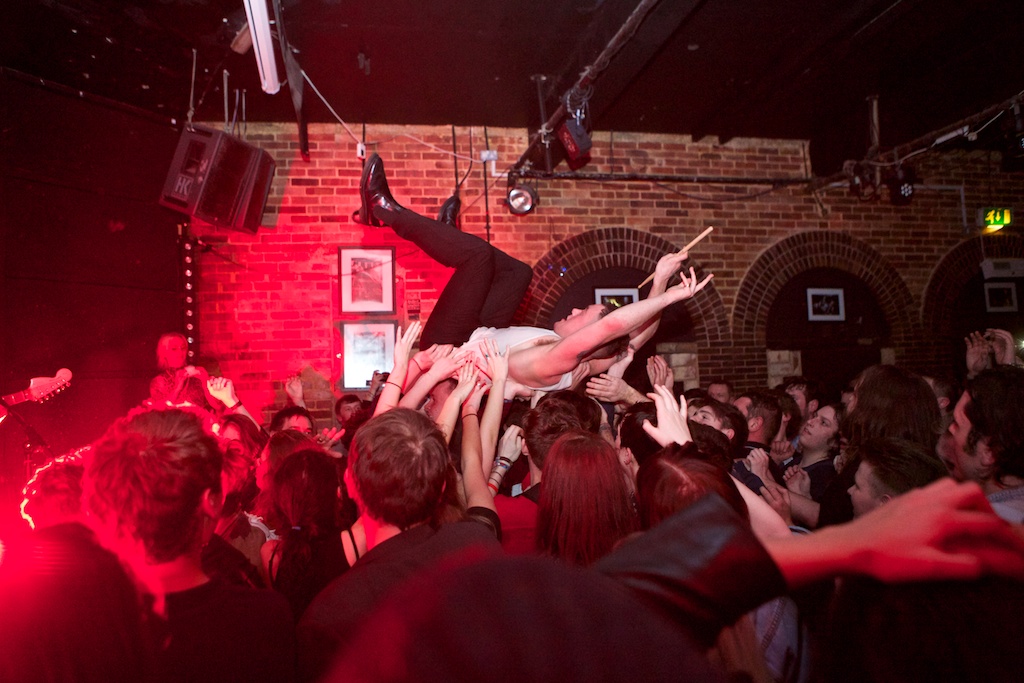 The track, that was premiered by Radio 1’s Annie Mac last night as her Hottest Record of In The World, follows a theme of Slaves’ politically charged lyrics that provide a unique outlook on an outsiders perspective in 21st century Britain where singer Isaac Holman sings “Put another 0 on your pay cheque, are you done digging your grave yet?” as previously seen on former single The Hunter.