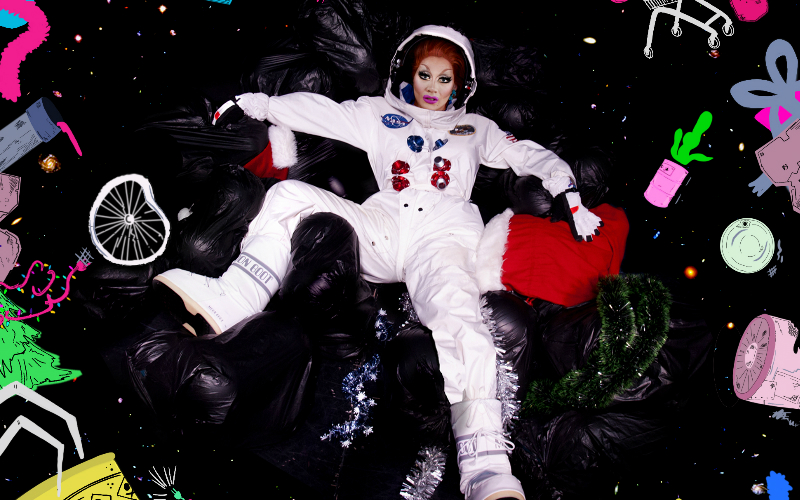 If you’re looking for an alternative to the traditional Christmas show, this is it. Drag collective Sink the Pink is putting on Escape From Planet Trash at the Pleasance Theatre, starring Ginger Johnson as well as a host of other StP peeps. Inspired by classic sci-fi, the show is set in 2050 where Planet Trash, the universe’s dumping ground, is under threat from a solar flare. A crack team of queer space explorers have to venture to the planet to retrieve a discarded weapon, bring Ginger Johnson home and all in time for Christmas.

Given that it’s Sink the Pink, you can expect a bangin’ score, wigs galore and some of the campest costumes in the galaxy…so just your average festive show then.

Get Me There
October 14, 2019 by christina
sink the pink, theatre

A DACHSHUND DISCO IS COMING TO LONDON (73)

A CHEESE BARGE IS COMING TO LONDON (63)