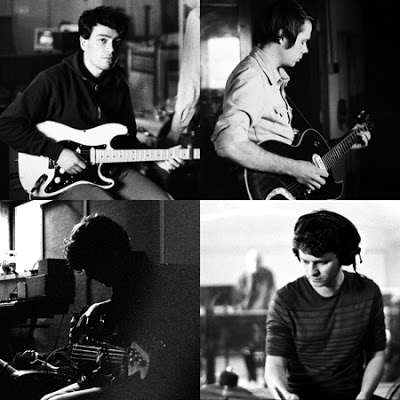 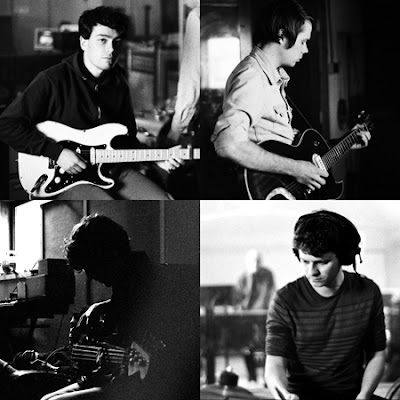 First single ‘The Radio’ is drentched in dreamy vocals and melodies by singer Sammy Lewis, that do not sound so far away from The Drums’ Jonanthan Pierce, the lyrics ‘She always said that anything could happen’ give you a real sense of optimism. Cure styled snyth and guitars hit from the start that entwine and coil around the vocals perfectly adding to the already illusive ideals of the track.

”The Radio” Being There by Nadia Young & Lost Club

Second track ‘Back To The Future’ is much more pensive and in your face. Driven by a hard beat of the drums laid down by Tom Rapanakis, while the gentle guitars of Nick Olorenshaw pick thier way in and out of James Robinson’s big, bold bass, that builds up to a mighty cocksure guitar solo to the end. Yet again Sammy makes you smile and reminisce with his lyrics and melodies.

”Back To The Future” Being There by Nadia Young & Lost Club

This a perfect dreamy double A-side single, that is sure to tiggle your senses and let those fond memories flood back.

Releaseed on the 14th November through Young and Lost Club, Being There have a string of tour dates supporting Noah and the Whale along with a single launch at the Shacklewell Arms. Catch Being There anywhere you can, this is a real good band that you will love to listen to over and over, just like us.